Huawei's competition will be Asus and Realme who are selling their Zenfone Max Pro M2 and Realme U1 smartphones for respective starting prices of Rs 12,999 and Rs 11,999. With a mid-premium budget handset as a perspective, let’s find out which one offers the best in design, display, performance, battery and camera.

For around the same price, Asus and Realme are selling their Zenfone Max Pro M2 and Realme U1 which respectively start for Rs 12,999 and Rs 11,999. With a mid-premium budget handset as a perspective, let’s find out which one of these three offer the best in design, display, performance, battery and camera options in the specific price.

All three smartphones come with a glossy glass-like plastic back and are available in attractive colour packages. The abundance of fibreglass material on these phones bring to the front the fact that the device with metal panels will soon be extinct and glass signifies premium-ness of a phone. The U1 is available in Ambitious Black, Brave Blue and Fiery Gold while the Max Pro M2 is available in Blue and Titanium colours. The latest Honor 10 Lite smartphone can be purchased in Sky Blue, Sapphire Blue and Midnight Black colours. 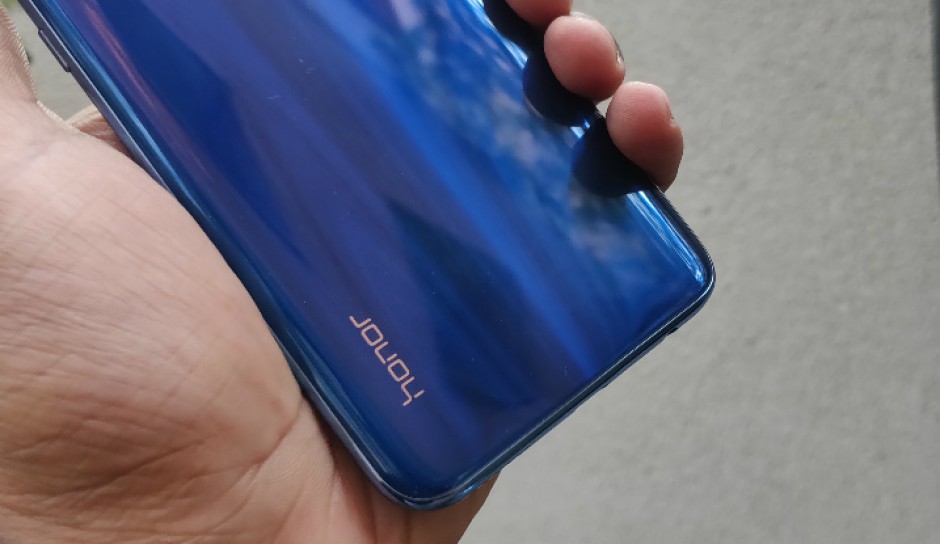 Honor 10 Lite offers a 6.21-inch Full HD+ screen with a resolution of 2340 x 1080 pixels along with an aspect ratio of 91.5:9. The Realme U1 features a 6.3-inch Full HD+ dewdrop display with a screen resolution of 2340 x 1080 pixels and an aspect ratio of 19.5:9. Both of these displays equip a teardrop notch which brings more screen area to interface with and thus offering around 83 percent of screen-to-body ratio. 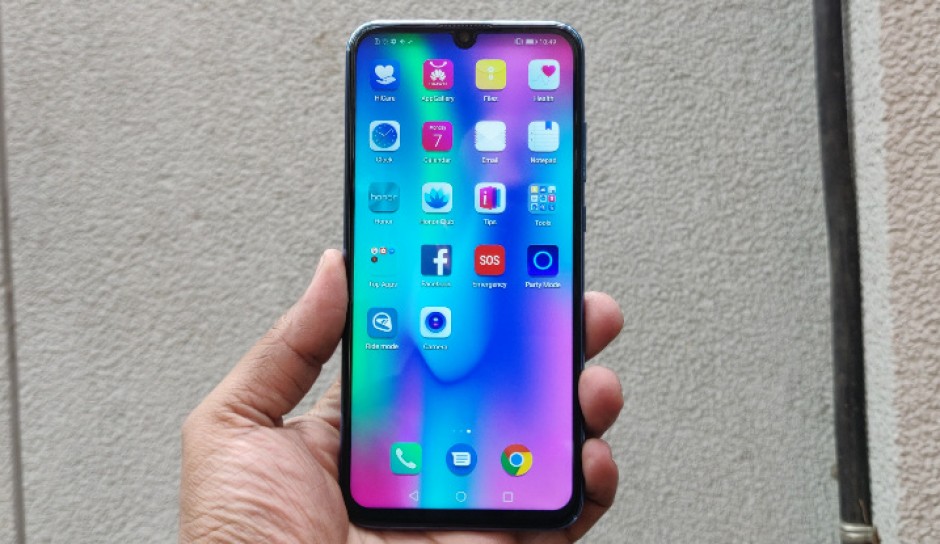 The Zenfone Max Pro M2 brings with it a 6.26-inch IPS LCD display with the latest Corning Gorilla Glass 6 protection on the front and a resolution of 1080 x 2280 pixels and 19:9 aspect ratio. However, the presence of a standard notch minimises the screen space.

The Realme U1 is powered by a MediaTek Helio P70 2.1GHz octa-core processor and ARM G72 GPU coupled with 3GB/4GB of RAM and 32GB/64GB of internal storage. Realme U1 is the world’s first phone with MediaTek Helio P70 SoC as well as the first handset in the brand’s new U series. Day to day performance is smooth and on paper, the Helio P70 registers better scores than some phones with Snapdragon 660.

The Zenfone Max Pro M2 is a real game-changer for the price as it brings the more efficient and powerful Snapdragon 660 processor along with Adreno 512 GPU. The device comes with up to 8GB RAM and 128GB storage and offers expandable memory support to up to 512GB.

The Honor 10 Lite is powered by the HiSilicon Kirin 710 processor along with Mali-G51 MP4 GPU. The Kirin 710 is a better performing chipset over the Kirin 659 and can handle day-to-day tasks like messaging, streaming, browsing and more without breaking a sweat. While Huawei’s high-end chips give devices a run for its money, the Kirin 710 is still a long way to go to match MediaTek’s Helio P70 and Snapdragon 660.

While the Realme U1 and Honor 10 Lite come running custom Android skins, it’s the latter which benefits from the latest version of Google’s mobile OS which is Android 9 Pie. While the 10 Lite offers users the ability to choose between home screen style navigation or an option of the app drawer, on-screen gesture-based navigation and Digital balance, the Honor device also equips a lot of bloatware including some unwanted applications. Another downside of the UI is that it doesn’t feel that fluid when the phone’s memory starts to fill up.

The Realme device runs on a similarly customised ColorOS 5.2, based on Android 8.1 Oreo. All Google services are pre-installed with a launched which boasts of an AI engine with real-time translation, fast Face Unlock, split-screen and navigation gestures. However, it’s still far from a stock Android experience and it would need you to go through a steep learning curve to get a hand of the functionalities. 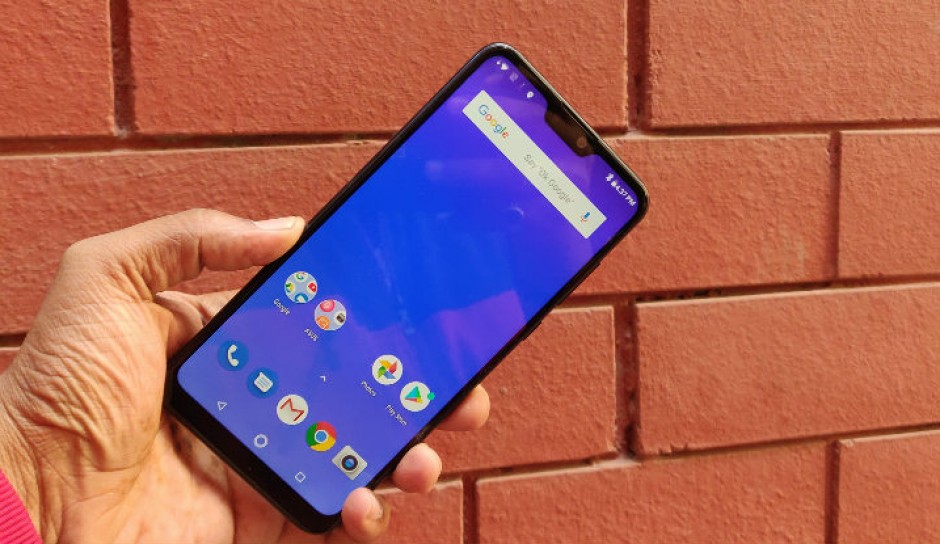 While the Zenfone Max Pro M2 isn’t exactly an Android One phone, it offers a close to a pure Android experience. In our time with the device, the user interface worked smoothly with very few bloatware, delivering an Android One-like experience.

On the camera front, the Zenfone Max Pro M2 is equipped with a dual-camera setup. The primary lens with a 12-megapixel Sony IM486 sensor with f/1.8 aperture, 27mm focal length, 6 element lens, phase autofocus and LED flash coupled with a 5-megapixel secondary shooter with 84-degree Field of view. For the front, there is a 13-megapixel shooter with f/2.0 aperture, 26mm focal length, LED flash and face unlock. The camera UI comes with various modes including Auto, Pro, HDR, Sports and Night and supported video recording to up to 4K at 30fps. 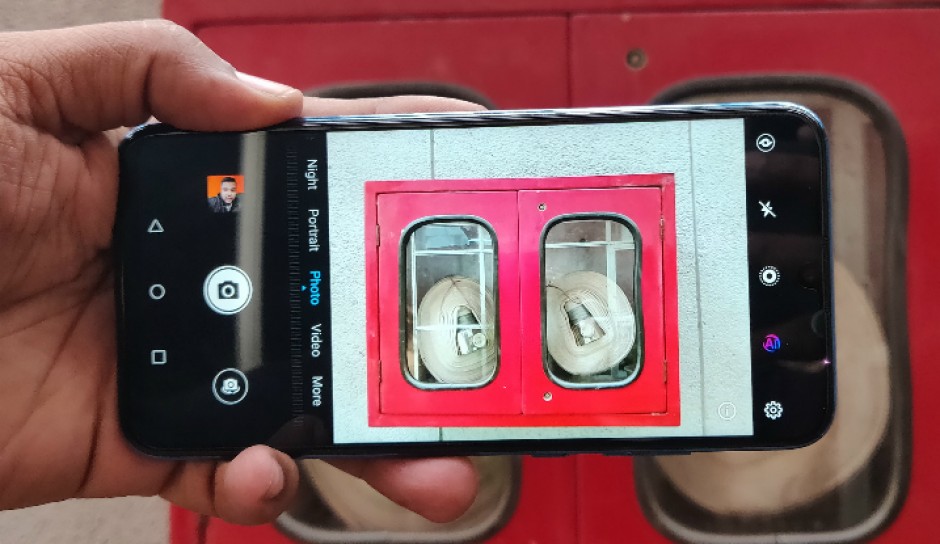 The Honor 10 Lite is equipped with a dual-camera setup at the back. The primary lens is of 13-megapixel with f/1.8 aperture, while the secondary lens boasts a 2-megapixel sensor. The front is equipped with a 24-megapixel selfie camera. The camera interface is quite simple to use and easy to understand. You get Night, Portrait, Photo, Video and More option at the base, while at the top there is HiVision, Flash, Live Photo, AI on/off switch and Settings. The phone comes loaded with different modes like Pro, Panorama, AR Lens, Light painting, HDR, TIme-lapse, Filter and Stickers. That said, the daylight performance of the phone is quite decent as photos came out to be well-detailed and colours were close to the source.

The Realme U1, on the other hand, features a dual-camera setup at the rear panel with a combination of 13-megapixel primary sensor with an f/2.2 aperture and a 2-megapixel secondary sensor with an f/2.4 aperture, coupled with an LED flash. For the front, there is a 25-megapixel Sony IMX576 sensor with f/2.0 aperture, 1.8-micron pixels, and 4-in-1 pixels tech and AI beautify feature that scans 296 facial recognition points and studio portrait lighting modes.

The Honor 10 Lite is backed by a 3400mAh battery, which lasted ‘almost’ a day under normal usage. Realme’s newest U-series smartphone is no different as it only features a 3,500mAh battery on the inside, delivering a similar battery efficiency. In this department, it’s the Asus Zenfone Max Pro M2 which shines as it equips a 5,000mAh capacity that can stay up for at least two days of moderate use. All three phones come with a 5V/2A 10-watt charger to power themselves.

The Honor 10 Lite is Huawei’s stripped version of the Honor 10 smartphone with similar design and display traits but with a toned down processor and camera combo. Even then, the Honor 10 Lite is an impressive piece of hardware offering stylish and premium looking glass design, a bezel-less teardrop notched display and a good capacity camera to speak good about.

However, for the same price, users can opt for the Realme U1 for the powerful MediaTek Helio P70 processor or the Zenfone Max Pro M2 for all-round performance and large battery needs.

The Honor 10 Lite will be available exclusively on Flipkart from January 20 for a starting price of Rs 13,999.

Realme U1 vs Redmi Note 6 Pro: Next big budget bestsellers?

I would go with the Realme U1 which is stylish , powerful and has a mediatek chipset that too the latest one!