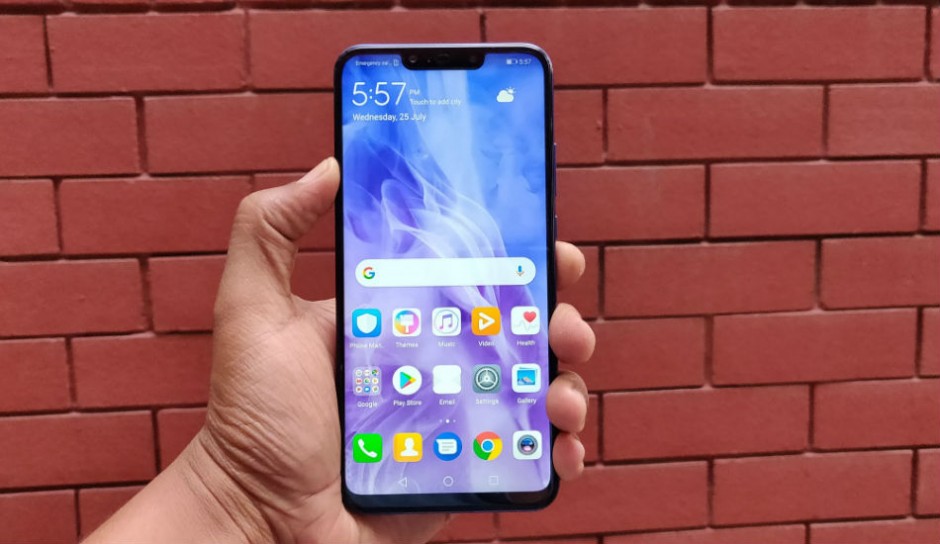 The latest update to the Huawei Nova 3 and Honor 10 shifts the build number of the devices to C00E87R1P6 and C00E181R1P20 respectively. While the package weighs in at 457MB for the Nova 3, the same update only measures at 364MB in size on the Honor 10 device.

Huawei announced the launch of the Honor 10 Lite today, a week after introducing the Huawei Y9 (2019) in India. However, it’s not done supporting the Honor 10 and Nova 3 smartphones which released last year as both devices are getting an update to EMUI 9.0.0.181 firmware.

The latest update to the Huawei Nova 3 and Honor 10 shifts the build number of the devices to C00E87R1P6 and C00E181R1P20 respectively. The package weighs at 457MB for the Nova 3, and 364MB for Honor 10. The update brings support for a new Bone ID technology as well as the latest Android security patch and more.

GizmoChina reports that Huawei has added the Bone ID technology on the Honor 10 and Huawei Nova 3. Bone ID utilises bone conduction technology to match the pattern of a user’s voice so that it can be used to unlock a smartphone or authorise payments through voice activation.

In addition to Bone ID technology, the update also features support for Huawei’s FlyPods Pro Bluetooth headsets and voice-activated payment functions. Additionally, the update fixes screen playback issues and adds the latest Android security patch. There’s a new AI-based Smart Scheduling which enhances the smartphones’ gaming performance. The latest EMUI 9.0.0.181 is being rolled out to Huawei Nova 3 and Honor 10 devices as an OTA update, meaning a complete rollout will happen in the next few weeks.