In terms of design, the brand has kept the Monkey’s iconic look with some modernised technology

Honda has confirmed the production of the mini bike, Monkey 125 for the European market. The motorcycle was earlier showcased at the last year’s Tokyo Motor Show. It is worth noting that the bike new edition is already listed on the company’s Japanese Website at a price tag of 399,600 yen (3,004 Euro), which is approximate, Rs 2.45 lakh in Indian rupees.

In terms of design, the brand has kept the Monkey’s iconic look with some modernised technology. As at the front, Honda has adopted LED for round shaped compact headlight as well as for the tail light. It gets a new circular instrument console which is fully digital and will be available in three colour variants – Banana Yellow, Pearl Nebula Red and Pearl Shining Black. 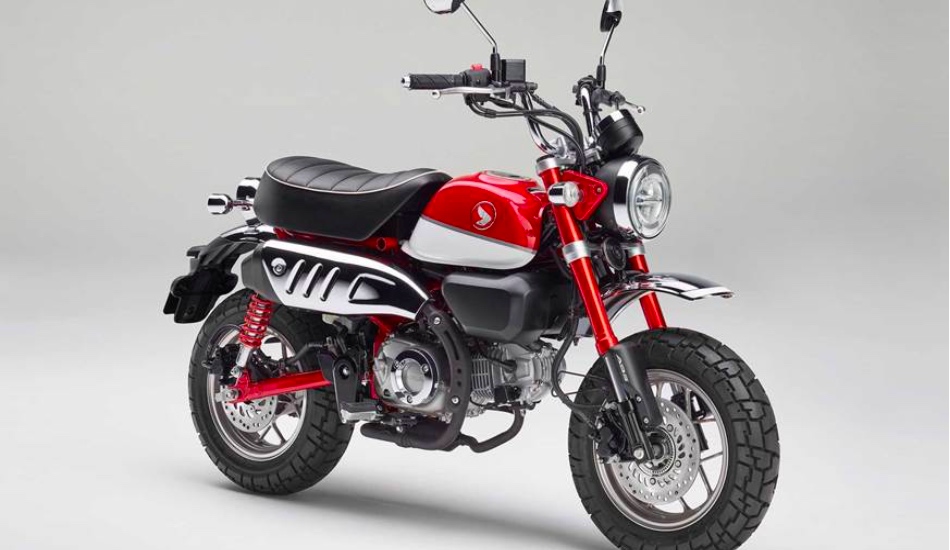 Based on the footprints of the MSX125/Grom, the Monkey 125 will be powered by a 125cc single-cylinder, air-cooled fuel-injected engine which will chunk the power of 9.3 bhp at 7000 rpm and 11 Nm of peak torque at 5250 rpm. The bike will be mated to a 4-speed gearbox, which is claimed to deliver a mileage of 67 kmpl.

The bike is equipped with the 12-inch ten-spoke alloy wheels. The Monkey gets a single 220mm disc brake at front and a 190mm at rear rotor with an option of IMU-based single-channel ABS. The bike weighs 107 kg and carries a 5.6-litre fuel tank.