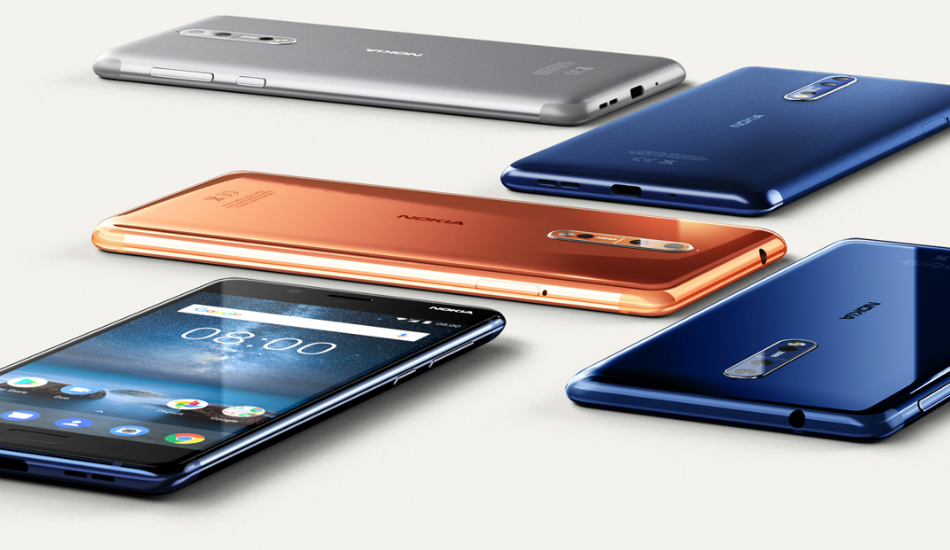 HMD Global is following the footsteps of other OEMs as it revealed that four of its smartphones will soon come with the Face Unlock feature. The company will be rolling out face unlock as an OTA update to the Nokia 8 as well as Nokia 8 Sirocco, Nokia 7 Plus and the mid-range Nokia 6 smartphone.

Almost a year since Apple unveiled its Face ID technology, the face unlock feature on Android phones have gotten a lot popular with Oppo’s Find X and Xioami’s Mi 8 Explorer Editon making the most of the technology. While these high-end devices offer almost the same level of security as the iPhone X, there are also low-end devices and which offer an optimum level of facial recognition through their front cameras alone.

HMD Global is thus following the footsteps of other OEMs as it revealed that four of its smartphones will soon come with the Face Unlock feature. The news comes as a response by the Finnish company to a user who enquired whether the feature would be rolled out for the Nokia 8. The Nokia Mobile account in return replied that in the ‘coming months’, the company will be rolling out face unlock as an OTA update to the Nokia 8 as well as Nokia 8 Sirocco, Nokia 7 Plus and the mid-range Nokia 6 smartphone.

One thing to be noted is that Face unlock when rolled out would be a pure image recognition system keeping in mind the hardware capabilities of these phones or the lack of it. While the face-unlock feature will be a convenient way of opening up a phone, the fingerprint scanner on these devices will offer a safer level of biometrics.

The latest announcement comes a month after HMD Global promised that all Nokia phones will be seeded with an update to Android P which hasn’t even release yet. The Nokia 8 itself received an update that added a Pro mode to its camera, adding a Lumia-style manual mode to manage white balance, focus the photo, adjust ISO of the image, shutter speed and photo exposure with ease. HMD has also been keen on updates to its other devices as it recently rolled out an update to hide the notch on the Nokia X6 while rolling out Android 8.1 to its entry-level Nokia 2 smartphone.