HMD global has pushed the update timeline by a quarter. However, the company has not revealed any reason for pushing the update but it could be because Nokia or HMD doesn’t manufacture the smartphones.Areport from Omdia in 2020revealed that the majority of Nokia-branded smartphones were designed by ODMs 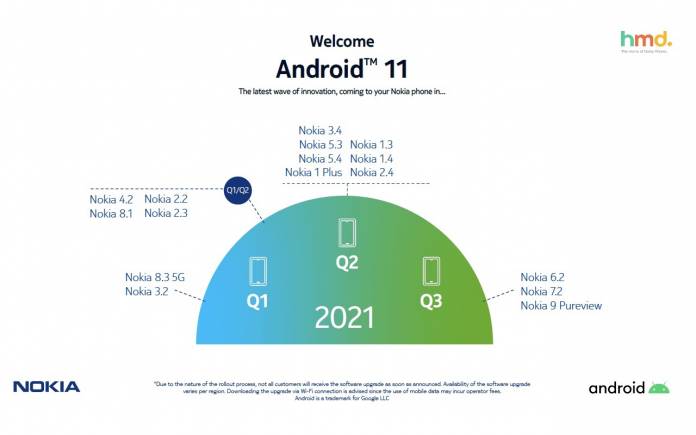 As per the earlier schedule, Nokia 9 Pureview, Nokia 7.2, Nokia 6.2 were expected to receive the update by Q2 2021. Now, the phones will receive the Android 11 update in Q3 2021. Means users will get it anytime between July and September.