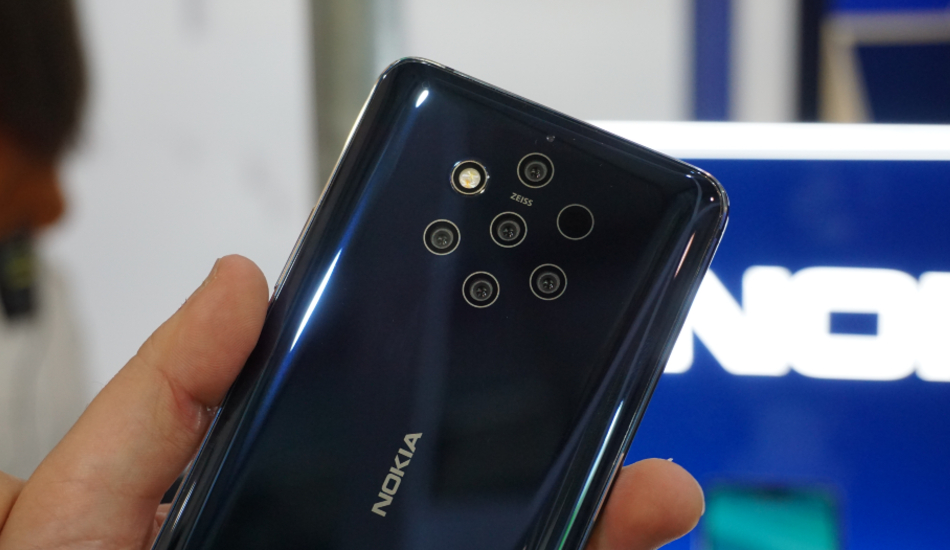 The successor the Nokia 9 PureView could see a launch as early as Q4 2019. HMD Global will look to refresh the Nokia 9 Preview with an improved camera module with help from Light. The Nokia 9.1 is also expected to come with a Snapdragon 855 processor, native support for 5G and Android Q out of the box.

HMD Global started selling the Nokia 9 PureView in the offline market in India for Rs 49,999 just earlier this month. Now a new report suggests that the company is already working on the successor to the flagship smartphone to be launched as the Nokia 9.1 PureView.

The successor the Nokia 9 PureView could see a launch in the near future as NokiaPowerUser reports that the device could be launched as early as Q4 2019. HMD Global will look to refresh the Nokia 9 Preview with an improved camera module which will be done with help from Light.

The original Nokia 9 did not only use Light’s idea of a multi-camera setup but also Light’s camera chip for advanced image processing which isn’t supported by Qualcomm’s Snapdragon 845 by default. The upcoming Nokia 9.1 is now expected to come with a focus on video recording and better low-light camera performance.

Besides the camera, the Nokia 9.1 PureView is now also told to come with the latest Snapdragon 855 chipset from Qualcomm. The device will come with native support for 5G, although it’s unclear whether HMD Global will also release an LTE-only version.

Design-wise, the Nokia 9 PureView will reportedly take inspiration from the Nokia X71. We thus expect the phone to come with a punch-hole display housing the selfie camera. The Nokia phone will also be one of the few devices to run on Android Q out of the box.

To recall, the Nokia 9 PureView ispowered by a Qualcomm Snapdragon 845 processor with Adreno 630 GPU along with 6GB of RAM and 128GB of internal storage. The phone features a5.99-inch with 1440 x 2880 Quad HD+ resolution, 18.5:9 aspect ratio, Corning Gorilla Glass 5 protection and anin-display fingerprint sensor.

The Nokia 9 Puureview comes with apenta-camera setup consisting of three 12MP monochrome sensors and two 12MP RGB sensors, all withf/1.82 aperture. There’s a20MP front-facing camera for selfies and the device isIP67 certified for water and dust resistance.The phone runs on Android 9.0 Pie and is fueled by a 3,320mAh battery with support for fast charging and wireless charging. The phone measures 155 x 75 x 8 mm and weighs 172 grams.