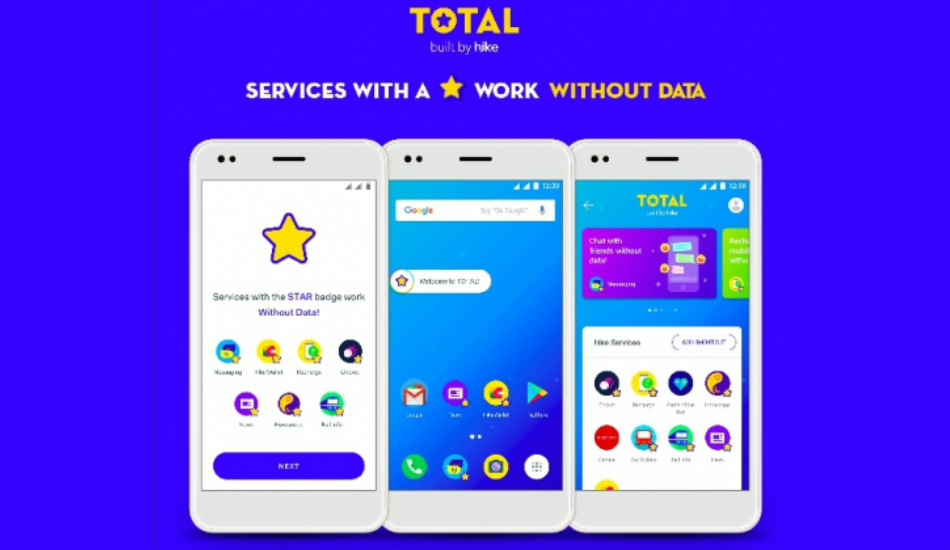 Under this partnership, starting from March 2018, select smartphones under the ‘Mera Pehla Smartphone’ will be shipped with Total app as a pre-installed feature.

Under this partnership, starting from March 2018, select smartphones under the ‘Mera Pehla Smartphone’ will be shipped with Total app as a pre-installed feature. Through this the brand claims that users can access essential services such as Messaging, News, Recharge and more even without an active data connection and easily get online with access to data packs for as low as Re 1.

Hike claims, Total is a refined version of Android which will be preloaded on certain smartphones. The company has worked with the Airtel India for the USSD-based technology which will allow users to transfer data without internet or to buy mobile data at a starting price of Rs 1.

Other than this, the Hike Total platform, which will be available on four models across the Intex and Karbonn as the brand has partnered with the handset manufacturers. The Intex devices are the Aqua Lions N1, Aqua Lions T1, Aqua Lions T1-Lite and the Karbonn mobile is A40 Indian.

Total users will also get up to Rs. 200 to spend on any of the services when they buy one of these devices. Further, the platforms come with the Single Login via phone number to access all the services, which takes between 100 kb to 1 MB ensuring a lightweight footprint on the device, which can be used to send 300 photos or 5 songs in just 20MB of data.