Along with the Sony Xperia Z, Sony also launched its Xperia ZL, which gets same hardware and software but differs in design and has IR remote function.

While launching the Xperia Z in India, Sony on Wednesday has also announced another premium handset, namely the Xperia ZL. The Xperia ZL costs Rs 36,990 and has almost the same hardware as the Xperia Z.

But it is Rs 2000 cheaper than Xperia Z which costs Rs 38,990. We got to use the device at the unveiling and here is our first impression.

From the front, Xperia ZL looks better than Xperia Z as it has narrower bezel at the top and bottom that makes it look shorter by almost 8mm, however it is thicker with 9.8mm thickness compared to 7.9 of Xperia Z and is also heavier by 5 grams and but at 151 grams, it is still one of the lightest smartphones currently in the market.

The rear panel of Xperia ZL has rounded textured finish and not flat and glossy as Xperia Z. Its thus very easy to hold it and it feels much comfortable in hand compared to other 5 inch devices, even the Xperia Z. 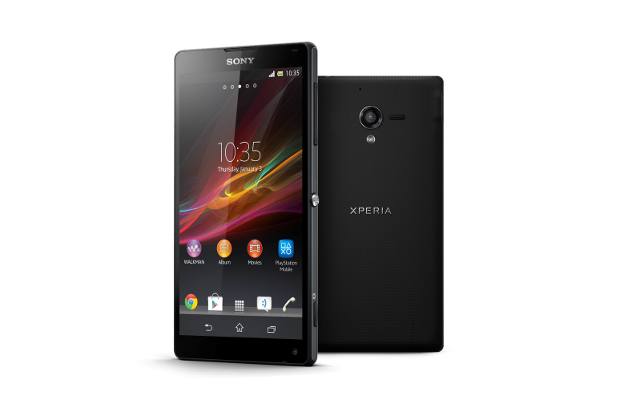 However, unfortunately it carries the same mistake as Xperia Z, with three buttons – the home, return and applications – which are normally placed below the display, are actually on the display itself.

This instead eats a lot of space of the display. Moreover, the touch buttons does not vanish while playing games but does go away in case of pictures and videos. In certain apps these buttons are always placed at the bottom whichever orientation you hold the phone which is a good thing from access point of view, but all in all it is more of a design flaw for us than a good thing.

Sony Xperia ZL also has a Gorilla Glass 2 display. Its camera which is the same 13 megapixel unit as Xperia Z appears bigger on the ZL. The front camera gets a very unusual positioning and is placed below the display; it is not a bad call since it helps reduce the size of the phone and doesn’t in anyway cause inconvenience.

Sony Xperia ZL has a 5 inch display with 1080p (1080 x 1920) resolution, which translates to 443 ppi pixel density. It comes with Bravia Engine 2 display technology with Gorilla Glass 2 cover- the combination skyrocketed our expectations. It is a great display, great resolution, very good colour depth, but it does have glitches. For instance, blacks are not as black as they should be and is rather grey, however other than that contrast ratio is top notch.

Sony Xperia ZL has the same 1.5 GHz quad core processor with latest Qualcomm Snapdragon S4 chipset, 2 GB RAM and 16 GB of ROM (Inbuilt memory) as the Xperia Z and therefore we expect identical performance. This combination of hardware can’t fail, and it doesn’t. And with Xperia Z getting one of the best Antutu Benchmark score – 20500, which was second to none till now, we expect the same from Xperia ZL too.

The Sony Xperia ZL performed fluidly as well, there is no waiting for apps to open; there is no lag whatsoever.

Moreover, besides Android games, users of Xperia ZL can also get to play that Sony PSP users have access to, as this is a PSP certified device.

Sony has included a 2370 mAH battery in the Xperia ZL which is only little bigger than 2330 mAH battery of Xperia Z and therefore we do not expect any radical difference in backup time, which is very average in Sony Xperia Z – about a day in normal usage, heavy gaming or lot of data usage will make you reach for charger much often.

Sony Xperia ZL gets all the battery management options like Stamina mode which saves wasted battery drain by recognising when your display is off and turning off functions you don’t need, while keeping the notifications you want. Location based WiFI feature allows the phone to connect to saved connections and doesn’t search for other networks all the time thus saving battery a lot. There is a low battery mode that automatically switches off avoidable application and functions as well. However these modes do compromise on the overall usability of the phone and will be used only when you are running with a very depleted battery.

The Xperia ZL has also the same 2.2 megapixel front and 13 megapixel rear cameras as the Xperia Z. The Xperia Z had impressed us a lot with its camera capability, so we think the Xperia ZL to wow us alike as it too has the Exmor RS sensor which aides in low lighting photography.

The camera app though lacks customization; you can’t for instance do manual settings for even things like resolution. But there are tens of apps in the Google Play store with which you can do such things. Presets available with the camera app do a good job. The camera is also capable of shooting 1080p videos at 30 frames per second.

The Xperia ZL’s camera is being called by Sony as ‘Mode Less’, which means you can shoot pictures while recording videos, you also get now very regular features like Panorama, burst mode etc. The camera also takes great Macro shots. The front camera which is a 2.2 megapixel unit also gets Exmore RS sensor and gets very good low light performance something that is very useful since most video chats happen indoors where you do not get really bright lights mostly.

Sony Xperia ZL has the same user interface as Xperia Z, and also gets Sony Liv and Sony Music services, which makes the phone really attractive.

Sony has also included an infra red port with a remote application that can be used with most appliances like TVs, Music systems, ACs etc. All you need to do is to select the device in the app and bang, it works as a full function remote.

Thanks to its great display, watching videos is a joyful experience on the Xperia ZL. Its music rendering capability if also top notch and though the speakers are not particularly loud, they are clear and renders stereo effect despite the fact that it does not have two speakers. The supplied ear phone is also very good.

Particular mention needs to be made for voice call clarity which is great thanks to the noise cancelation feature Sony has put in. You can speak with this phone even in a noisy environment without shouting yourself out.

The phone is smaller but is not as classy looking and is not water and dust proof like Xperia Z, however it does get IR remote which is missing in Xperia Z. Rest if the features and specs are the same. We should say its same phone in two different case, and with price difference of Rs 2000 you can decide if you want waterproof phone or not. A tough call we must say.