Asus, the Taiwanese IT giant, has a slew of Android tablets for international as well as Indian markets. Asus as a brand is popular among high performance computing enthusiasts, while its Android range of devices has also been quite popular for offering features as well as good build quality. Asus has now launched its latest innovation the Asus Fonepad in India. 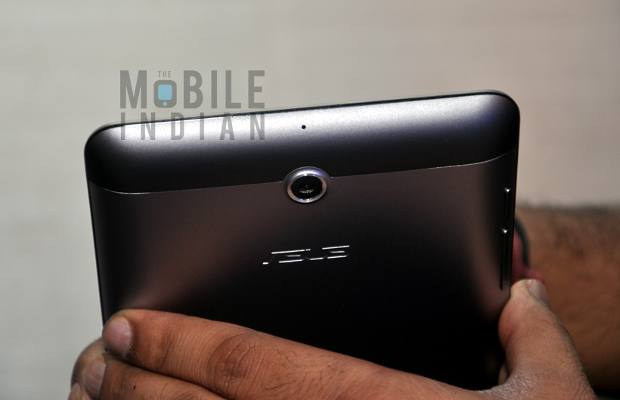 Fonepad is a 3G tablet that offers integrated calling as well as a great Android experience overall. The device is Asus’s first product that comes with calling functionality. While being priced similar to the Samsung Galaxy Tab 2 P3100 the Asus Fonepad is surely going to mean more choice for calling-tablet enthusiasts. 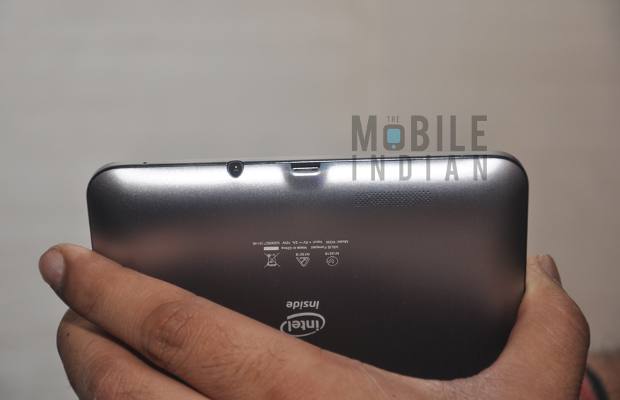 At the launch event of the Asus Fonepad that took place in Delhi we got a chance to get our hands on the device. Fonepad offers a great deal of functionality and will be making its way to users in the coming few days. 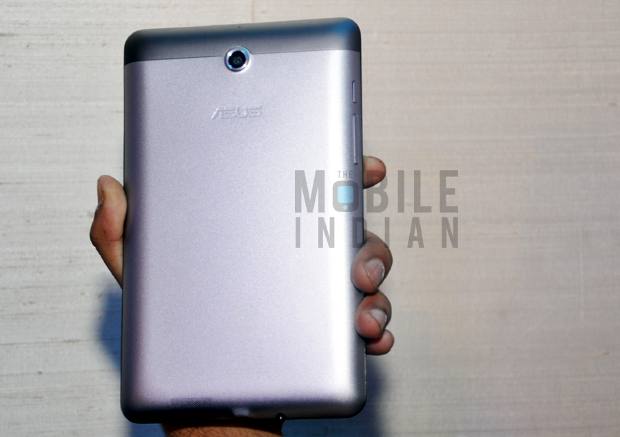 Asus as a brand and a manufacturer has always been associated with high quality products and after the Google Nexus 7 tablet Fonepad is the cheapest Android tablet coming form Asus. The look and feel of the tablet is nice, plus the new design adopted by the company makes it stand out from the competition. The tablet comes in a metallic silver color finish with the back featuring a part metal casing in order to strengthen it. The front of the tablet has been given a clean finish and there are no hardware buttons whatsoever for spoiling its flush design. 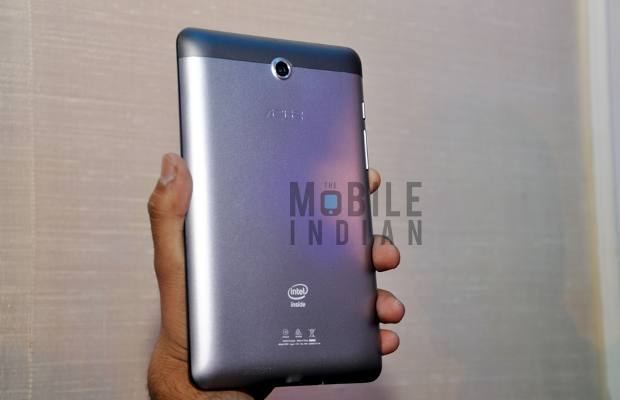 The back panel features a removable partial top that encases the micro SIM slot and the micro SD card slot as well. A removable top cover allows the device to be made without slots on the sides, which makes it further immune to dust. 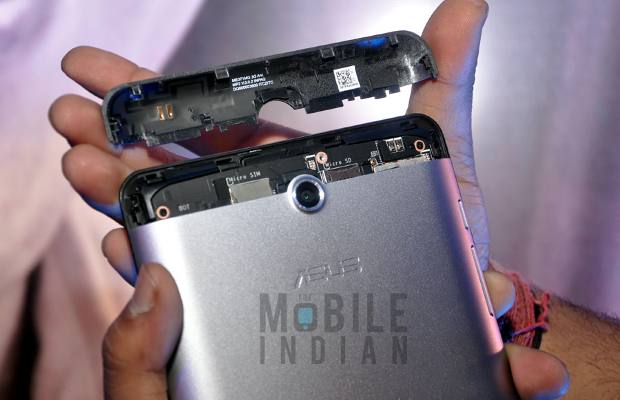 The Asus Fonepad is a 3G calling tablet, which means it comes with an onboard earpiece that facilitates easy calling right from the device itself, reducing reliance on Bluetooth headsets as well as on loudspeakers that tend to make conversation a little less private. All in all the design of the tablet impresses us a lot and the build quality has also been improved, and that will definitely help the tablet go a long way. 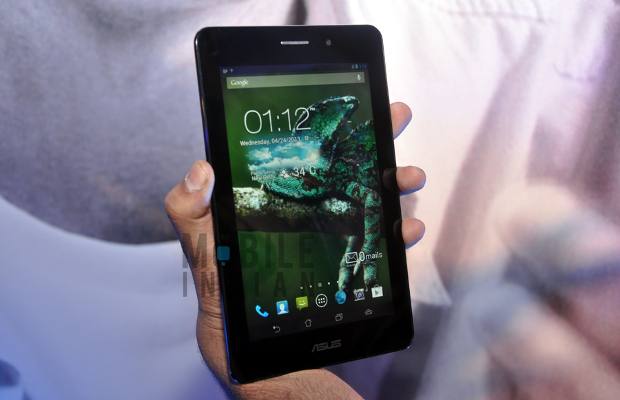 Fonepad features a 7 inch IPS LCD display with 1280 x 800 pixel resolution. The display gives ample variance in color and has higher brightness and contrast levels, which makes it more pleasing to the eyes. The IPS display gives the tablet better viewing angles as well as better contrast levels. The Fonepad adopts a simple but unique feature for controlling brightness with two different settings for indoor as well as outdoor modes. One can simply select the desired mode and the tablet offers different brightness levels for power savings indoors and sunlight legibility outdoors. 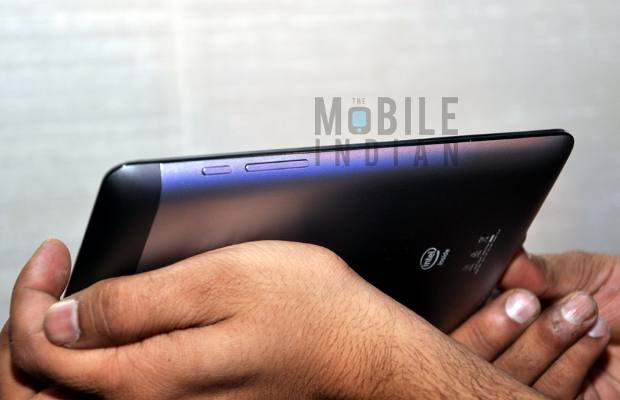 All in all, the device looks good while the 7 inch size makes it comfortable and easy to carry as well. The buttons that feature on the device include the volume rocker, and the power on/display turn off key is on the upper left side for easy access. 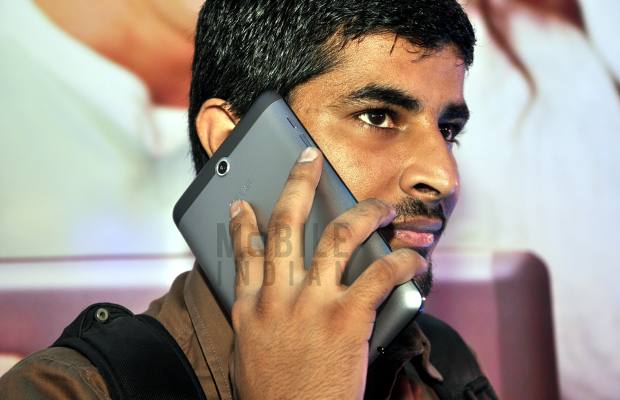 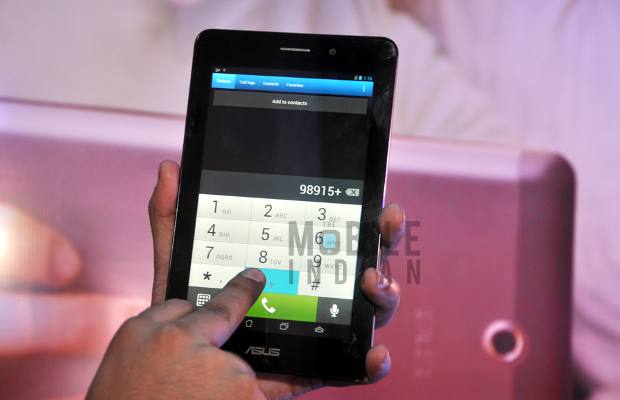 Fonepad is the first ever Intel powered tablet in the Indian market. Atom Z2420 is a single core hyper treading processor, which means that it can offer multitasking performance on demand. For storage the tablet gets 8 GB onboard along with the option to increase it by a further 32 GB with the use of micro SD memory cards. 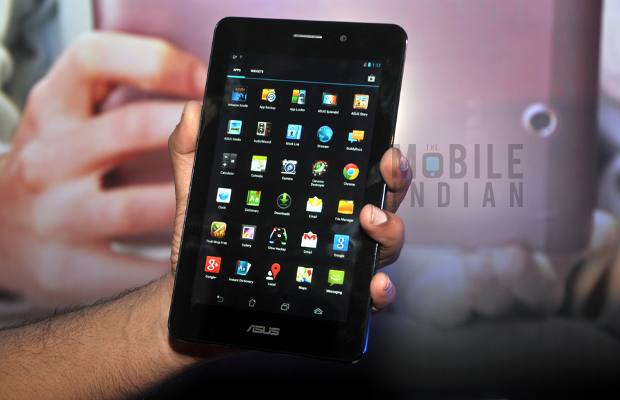 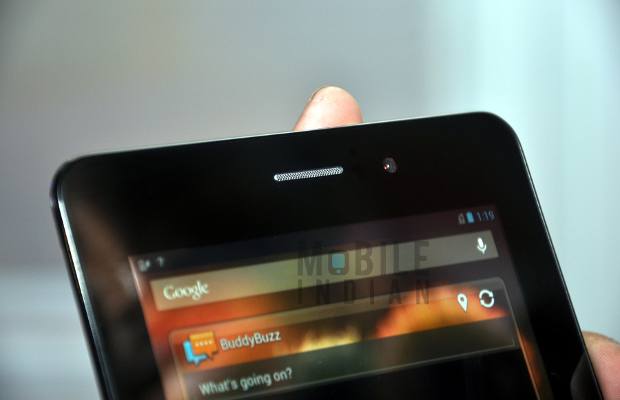 At Rs 15,999 the Asus Fonepad comes as a cost effective 3G calling tablet from one of the biggest global device manufacturers. There is 1 year global warranty and tech support. Along with that Asus is offering a 5 GB cloud storage package free for life with the device. We will soon get the Fonepad for a more detailed review so stay tuned.