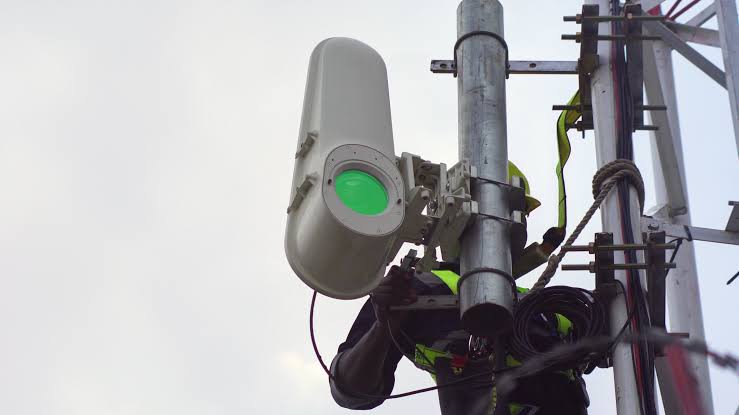 Google has made a number of initiatives in the past as well to bring the internet to remote areas in specific parts of the country. One such initiative is ‘Project Taara’ which aims to make the internet accessible wherever it is difficult to provide it, through the use of light beams.

What is Project Taara?

To explain what exactly is Project Taara, Beams of light are used to deliver information just like fiber optics, but without a physical cable. The technology was developed by Alphabet’s Lab X where the beam is sent between two small Taara terminals to create a link. A single Taara link can cover a distance of up to 20 km and can transmit bandwidth of up to 20 Gbps+.

Places where it is difficult to lay a fiber cable, can take advantage of this technology as the installation process for the same is also low on cost. There’s no need to dig up trenches or to lay thick wires.

These Taara links are installed on rooftops, towers or on a higher ground as for better connectivity, as the light beams can’t pass through physical objects and need to be in the line of sight of each other.

Now, as per a new report from Economic Times, Google is looking to partner up with two of the major telcos in India – Airtel & Jio for the deployment of this technology in more remote parts of the country. The technology has already been tested in Andhra Pradesh and is already prevalent in parts of India and Africa since past few years.

Back in November, Google commercially deployed the tech in Africa after testing it in the country in 2019. Google is yet to confirm the development.