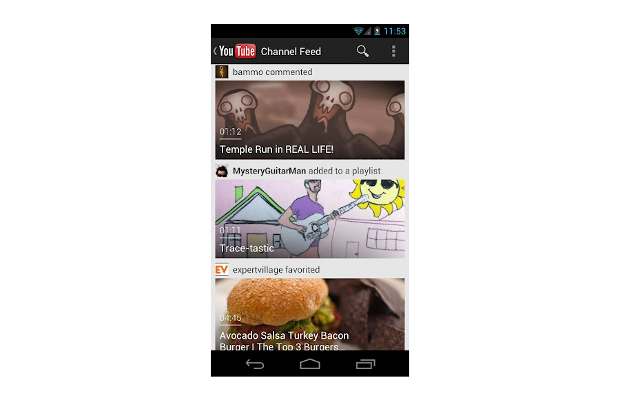 The app will be first released in India for testing and gradually it will be rolled out in other countries as well.

Google, which is celebrating its 18th birthday today, announced that it will release a new app called YouTube Go keeping in mind the Indian market which the company claims is now the second largest market for the search engine. Today, at ‘Google for India’ event which took place in New Delhi, Google also revealed the new Public WiFi platform – Google Station – which will be available on Indian railway stations. Further, Google Assistant will be available in Hindi by the year end via Google Allo.

Meanwhile, Google also revealed that it is now capable of translating 100 languages and 12 of these are Indic.

Recently, Google has been working a lot on offline capabilities of Google Apps. It started with Google Maps in India which was soon released in other parts of the world as well. Then the company also released the offline feature in the YouTube app which lets people download the videos when they have internet connection and watch it afterwards. Recent rumours also suggest that Google might be working on an update for Play Store which would work optimally on 2G networks as well.

Coming back to the YouTube Go, the app is basically designed for offline viewing and sharing. The app will be first released in India for testing and gradually it will be rolled out in other countries as well. To be more precise, YouTube Go will allow users to save videos offline in different quality formats sharing exact data to be used. The app is essentially built on the YouTube offline feature which was released in India last year.

Johanna Wright, YouTube product management VP said: “YouTube Go was designed and built from the ground up with insights from India, in order to bring the power of video to mobile users in a way that is more conscious of their data and connectivity, while still being locally relevant and social.”

Further, the app will also show how much data is being used while playing a video. This feature is somewhat already available on regular YouTube app right now.

Sign up to test the YouTube Go app Here (http://youtubego.com/signup). There has been no information about the official launch of the app in the country as of now.

Meanwhile, Google Station will soon be finally up after Google CEO Sundar Pichai promised to install WiFi services in railway stations across the whole country. He told The Economic Times: “In an increasingly mobile-first world, India gives us early insights into the future of the Internet. Moreover, we learned the issues Indians may have with connectivity and data constraints can be universal.”