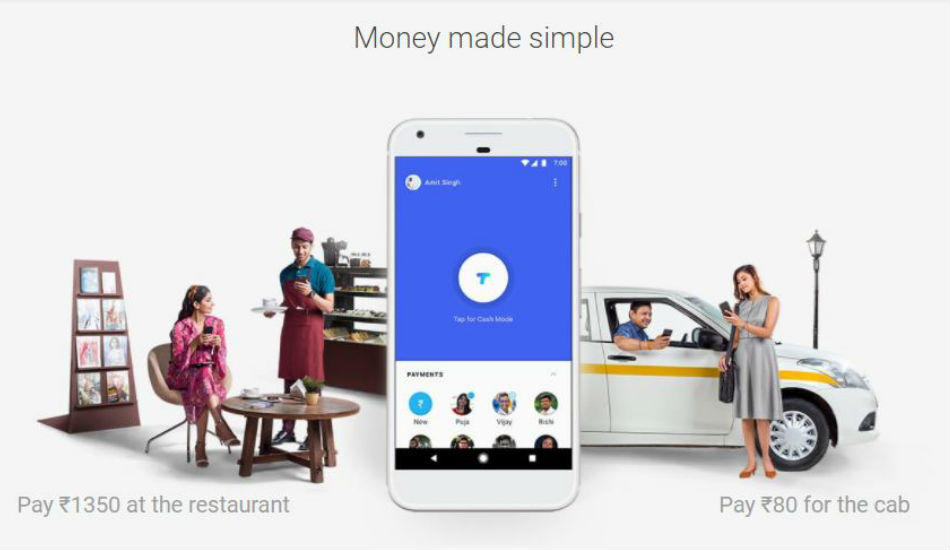 The application is available for download from Google Play Store and Apple App Store in the country.

Google has officially announced Tez, its latest UPI-enabled digital payment app in India. The application is available for download from Google Play Store and Apple App Store in the country.

Through this digital payment application, users can directly pay from their bank account and there is no need to open a separate account or reload money in a wallet. The payment app uses Unified Payments Interface (UPI) and Google has partnered with major banks including Axis, HDFC Bank, ICICI and State Bank of India.

The app also comes loaded with Tez Shield, which adds some extra layer of security and prevents it from getting hacked. Google says every transaction is secured with UPI PIN and the app is secured with a Google PIN or one’s screen lock method like a fingerprint. There is a new cash mode through which a user can send money instantly to other Tez user nearby without sharing personal details like a bank account. The app users audio pairing to connect with nearby users and one can scan QR code to send money.

Google has also announced Tez Scratch Cards and Lucky Sundays interesting offers. Under the Tez Scratch Cards, one can win up to Rs 1000 with each transaction and he/she be eligible to win Rs 1 lakh every week with Lucky Sundays. If you win, the rewards will directly go into your bank account.

The app works with all major Indian banks and a vast majority of smartphones. Plus, it also supports different local Indian languages including Hindi, Bengali, Gujarati, Kannada, Marathi, Tamil, and Telugu. Through Tez for Business, merchants with an individual can receive up to Rs 50,000 per month with UPI with no fees. After that, the bank may charge fees or impose additional requirements.