Google has formally released the Play Games app that acts as the social hub for the gamers and extended support to the Android based tablets as well.

Google’s new Play Games app arrives to bring in the Android platform gamers at one place. This app is the new way for the users to discover new games, keep a track of their achievements in the games, and enjoy multiplayer gaming with friends. 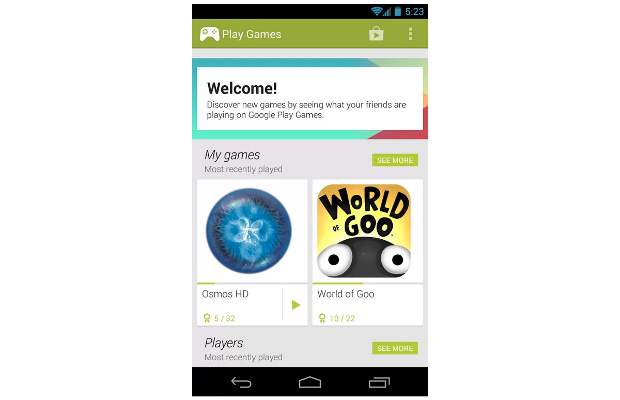 The game developers will implement “Account” feature that will let the users save their game progress in that respective cloud storage. No need to start the game all over again and one can always resume where left off. Multiplayer games will now be able to make the best of this app to deliver live asynchronous gaming experience.