Google Opinion Rewards now available in India: Here’s what you need to know

The app is created by Google Surveys team and allows users to answer quick surveys. 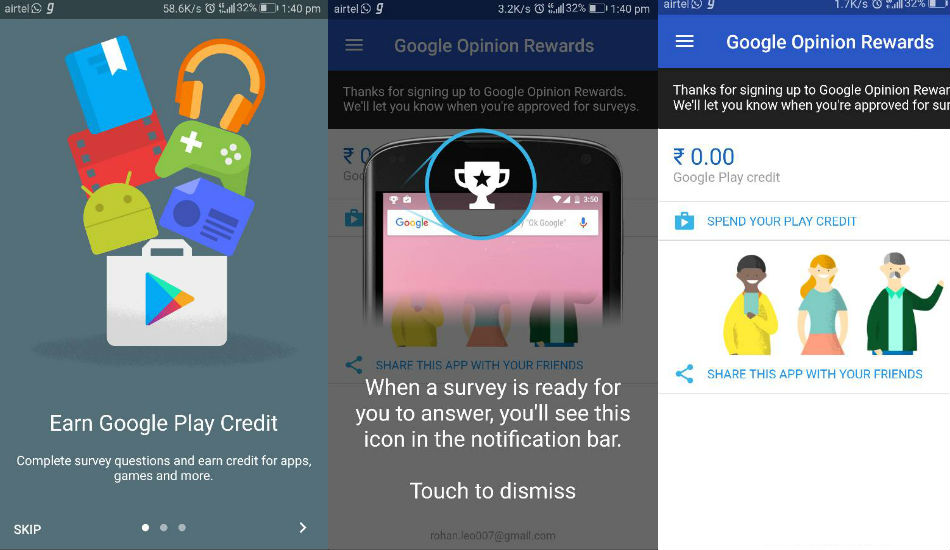 The working of the application is pretty simple. Once you download the app, you need to answer some basic questions about your name, age group, gender and so on. Google will send you surveys around once a week, although it may be more or less frequent. The moment a new survey arrives, you will get a notification on your phone and can receive up to $1.00 ( approx. Rs 64) in Play credit for completing it.
Google is working hard to make the Google Play Store much safer as well. The company, during its annual developer conference, announced a new programme known as Google Play Protect, which safeguard users from malicious and dangerous apps. Play Protect will be built into every device with Google Play and automatically takes action to keep users’ data and device safe. Google says that it scans more than 50 billion apps every day, and the new feature will detect and remove apps that might be harmful.