Google lists the Nexus 10 tablet as a teaser of offering it soon via Google Play Store without any clarity on new model or the old model. 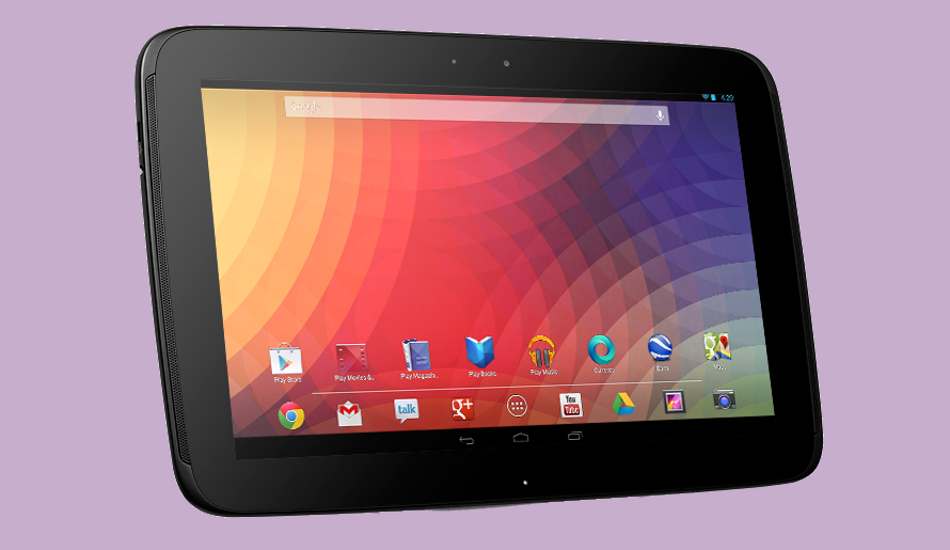 The new Nexus 10 (2014) is expected to feature same 10.1-inch display with 2560×1600 pixel resolution and the display is constructed using the Corning Gorilla Glass 3 technology. Google plans to power the device with quad-core Qualcomm Snapdragon 600 or 800 system on a chip with 2 GB RAM. The tablet can be expected to feature 16 GB and 32 GB on-board storage. Of course, there will be no memory card slot.

It is quite obvious that the Nexus 10 (2014) will be introduced with the latest Android update due for announcement at the mid of this year. The Nexus 10 (2012) had a massive 9000 mAh battery that provides longer run time and thus we expect the same or higher in the new Nexus 10 tablet.

Google had introduced the Nexus 10 back in 2012 with fairly competitive hardware but the company showed no interest in releasing the same across the world.