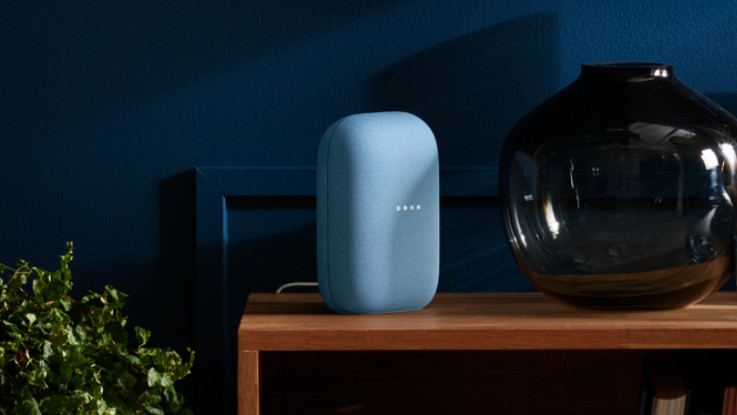 The smart speaker will be the successor of the Google Home speaker.

Google has started teasing its next upcoming Nest-branded smart speaker. The smart speaker will be the successor of the Google Home speaker.

The teaser of the upcoming smart Nest speaker shows a blue colour option, though one might expect it to be available in different paint jobs. Furthermore, the speaker seems to be large and it comes with the same fabric design as we have seen with other Nest and Google smart speakers. Furthermore, there are four LED lights, which are activated when you give command to Google Assistant.

The report highlights that the company will add a large audio driver, meaning that the sound capabilities will be better than Google Home. The smart speaker might come with stereo speaker pairing, a feature which is present in Google Home Max. The report highlights that the new product will be launched until the fall. As for the pricing, the upcoming smart speaker will be priced higher than the Google Home, but it will be lower than the Home Max.

Previously, the company introduced Nest Mini speaker in India for Rs 4,499. The company claims that Nest Mini comes with better sound output as compared to its predecessor, the Google Home Mini. It also comes with faster performance, all thanks to a dedicated machine learning chip in the device.