Google has introduced Android 12L once again for a better Android experience on foldables and tablets. 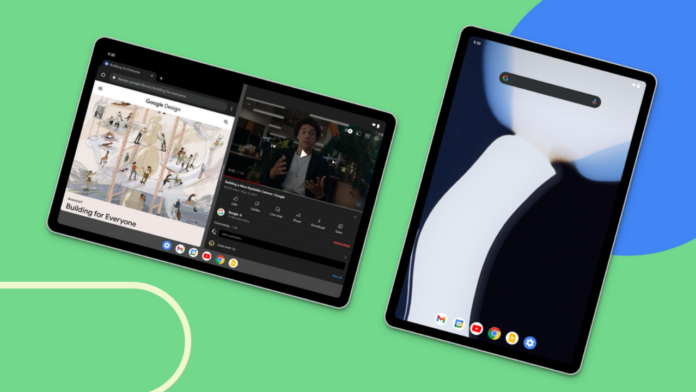 Google has introduced Android 12L, an update to Android 12 with features that will make tablets and foldables simpler and easier to use. Android 12L was first introduced back in October but mainly for the developers so they can optimise their apps. However, the latest unveiling is focused more towards the consumers.

With 12L, Google is optimizing the display for the home screen, lock screen, notification shade, device set-up screens, settings and beyond, so they look even better on tablet and foldable screens. For example, on 12L, it moved notifications and quick tiles to their own dedicated columns to give you more space to view and swipe away your notifications.

When setting up a new device, you’ll also be able to see more information with a two-column layout. And, you’ll be able to make changes to features in your Settings without having to go in and out of each section. Next, a taskbar has been added to help multitaskers launch and switch between apps on the spot. You can also drag-and-drop any app from the taskbar to enter split-screen mode so you can do two things at once.

Read More: Android 13 Developer Preview is out for Pixel devices

This way, you can watch a YouTube video while you scan the news, or search for accommodations for an upcoming trip in a Chrome browser while you view its location in Google Maps. Lastly, Google says that starting later this year, it will bring 12L to tablets and foldables with planned updates from Samsung, Lenovo and Microsoft.

As for the Pixels, Android 12L is rolling out now to most currently-supported Pixel phones as the March Feature Drop. The March feature drop includes features such as Live captions on Calls, night mode in Snapchat, text stickers, new widgets and more on the Pixel smartphones.