Android 13 Developer Preview is out for Pixel devices

Android 13, the next version of Android is now into Developer Preview stage and comes with new features and improvements. 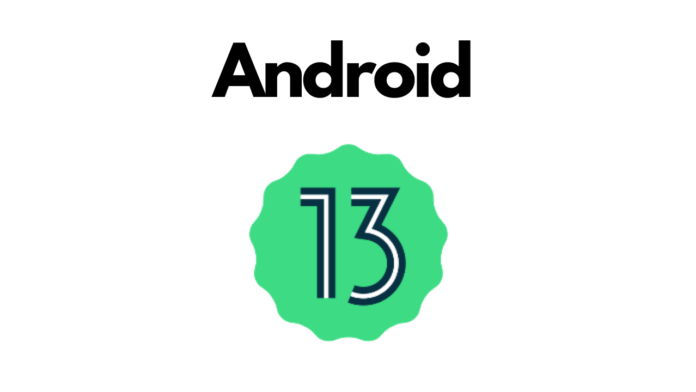 “With Android 13 we’re continuing some important themes: privacy and security, as well as developer productivity. We’ll also build on some of the newer updates we made in 12L to help you take advantage of the 250+ million large screen Android devices currently running”, says Dave Burke, VP of Engineering at Google in a blog post.

Google has also listed the changes which it is bringing with Android 13. To help protect photo and video privacy of users, Android 13 adds a system photo picker — a standard and optimized way for users to share both local and cloud-based photos securely. Apps can use the photo picker APIs to access the shared photos and videos without needing permission to view all media files on the device. Google says it plans to bring this feature through Google Play System update for all users.

Next, Android 13 introduces the NEARBY_WIFI_DEVICES runtime permission for apps that manage a device’s connections to nearby access points over Wi-Fi. The new permission will be required for apps that call many commonly-used Wi-Fi APIs, and enables apps to discover and connect to nearby devices over Wi-Fi without needing location permission.

Android 13 also brings new features and tools for developer productivity. There’s a new tile placement API using which an app can now prompt the user to directly add a custom tile to the set of active Quick Settings tiles. A new system dialog lets the user add the tile in one step, without leaving the app which is opened, rather than having to go to Quick Settings to add the tile.

Further, Google is extending Material You dynamic color beyond Google apps to all app icons, letting users opt into icons that inherit the tint of their wallpaper and other theme preferences. Google informs that Themed app icons are initially supported on Pixel devices and it is working with the device manufacturer partners to bring them to more devices.

Some other changes include faster hyphenation, per-app language preferences, programmable shaders and more. Lastly, Google is bringing improvements to App compatibility by updating more of Android through Google Play System updates so it reaches more users, even those on older versions of Android. It is encouraging developers to optimize the apps for foldables, tablets and Chromebooks along with easier testing and debugging by users of the change in apps.

As for Release Timeline, Google has said that it plans to release Android 13’s developer previews for a couple of months before switching to Beta releases around April. It will reach platform stability by June with official version slated for release several weeks afterwards. As of now, the developer preview of Android 13 can be downloaded and flashed on Pixel 6 Pro, Pixel 6, Pixel 5a 5G, Pixel 5, Pixel 4a (5G), Pixel 4a, Pixel 4 XL, or Pixel 4.