Google confirms all phones launched after January 31, 2020, will run on Android 10

Google will approve the use of Google Mobile Services (GMS) on new smartphones only if the phone comes running Android 10.

Earlier last month, Google unveiled Android 10 and started rolling out the new mobile OS to Pixel and Essential phones. Later in September, it announced the Android 10 Go Edition for entry-level smartphones. The company has now confirmed that all phones launched after January 31, 2020, will run on Android 10.

Google will approve the use of Google Mobile Services (GMS) on new smartphones only if the phone comes running Android 10, reports XDA Developers. This means, manufacturers will not get GMS authorisation if they launch a new phone after January 31, 2020, with an Android version other than Android 10. 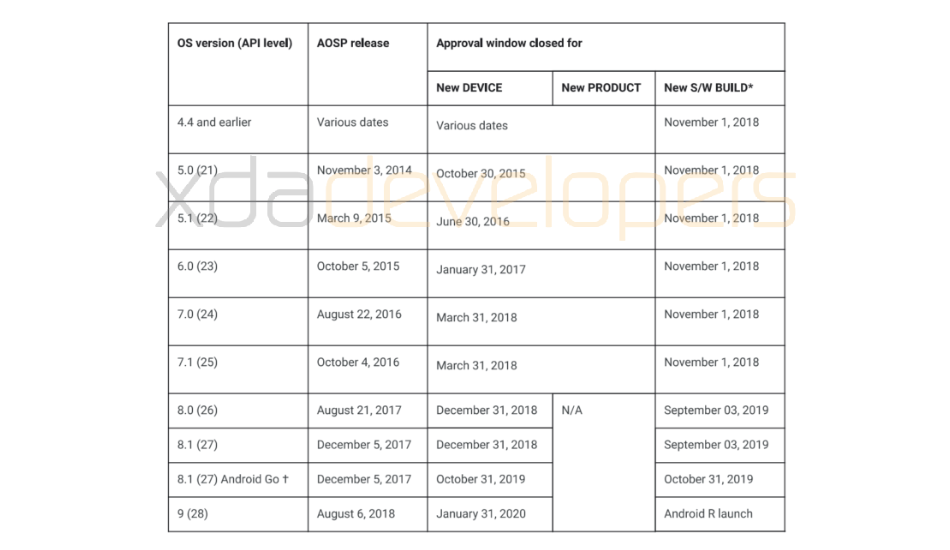 For approval, OEMs will need to submit their latest software builds for devices before January 31. This means, there’s a chance that a phone released after the date can run on an older version of Android if its software was ready before the deadline date.

Google has, however, made it clear that it will stop approving any smartphone to run on Android 9 Pie once it launches Android 11 next year. OEMs will thus need to start shipping their new smartphones with at least Android 10 when Android 11 releases.

The more to restrict GMS authorisation comes as a means to smoothen the update timeline across a wide range of Android smartphones. Locking smartphones out of GMS would make sure brands roll out regular updates to their devices which will help Google offer newer security patches.