Google Assistant to be soon available on Android 7.0 Nougat and Android 6.0 Marshmallow smartphones 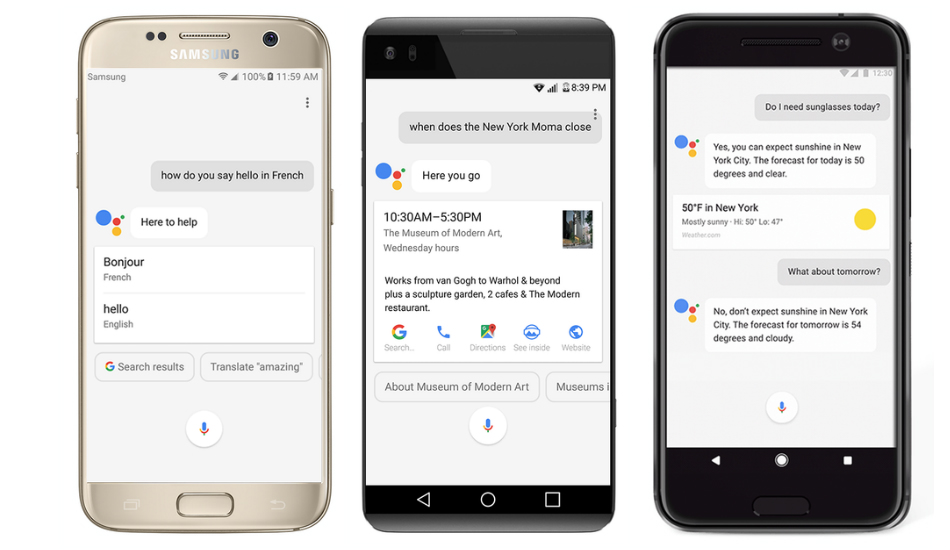 The virtual assistant will begin rolling out this week to English users in the US, followed by English in Australia, Canada and the United Kingdom, as well as German speakers in Germany.

If you were jealous of Google Pixel owners having access to the famous Google Assistant, here is a Good News for you. Google is all set to roll out its virtual assistant to Android smartphones that run on Android 7.0 Nougat and Android 6.0 Marshmallow. Once limited to Google Pixel phones, the virtual assistant will begin rolling out this week to English users in the US, followed by English in Australia, Canada and the United Kingdom, as well as German speakers in Germany.

The search engine giant further states that the Assistant will automatically come to eligible Android phones running Nougat and Marshmallow with Google Play Services. The first smartphone that came with the Google Assistant is none other than LG G6 followed by Motorola Moto G5 and G5 Plus. Also, the newly launched Nokia 6, Nokia 5 and Nokia 3 will also come pre-loaded with Google Assistant.

For those who are not aware, Google Assistant is Google’s own AI-based voice assistant which was first introduced on Google’s Allo app launched last year. Google Assistant can search anything on the web, perform certain tasks and even respond to various queries placed before it. It can discover content on certain apps such as YouTube or can even control the lighting from your smartphone.

With this Google is trying to give a stiff competition to the other virtual assistants out there in the market. As tech giants are heavily promoting their own AI assistants such as Siri, Cortana and Alexa, it would be interesting to see how well Google will be able to integrate its latest virtual assistant to a huge user’s base or not.