Google has rolled out the new Android 4.2.1 Jelly Bean update to fix the issue related to the absence of December in the People app. 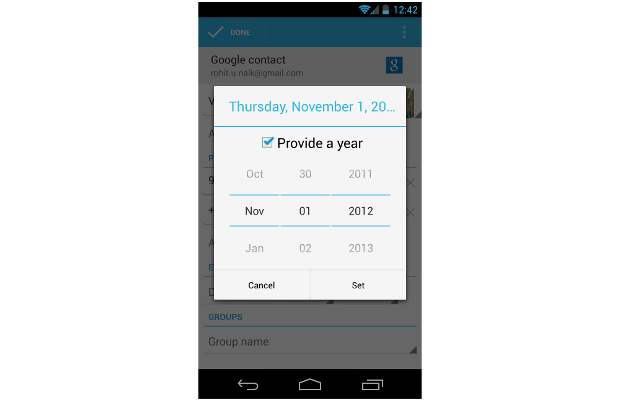 This Android 4.2 Jelly Bean update may have arrived earlier than expected, but it certainly brought along a number of underlying issues. Recently, a select number of Jelly Bean update device users reported about the absence of the month of December from the People app.

The new Android 4.2.1 is expected to fix the issue. The release note states nothing in specific other than that the update is meant to improve performance and stability. Besides that, we hope that a new update for fixing issues with Google Current and Google Talk multiple user limitation on tablets will be out soon as well.