Google has pushed a redesigned Gmail mobile web version with the iOS like look for the Android, BlackBerry and Kindle Fire platform as well.

Google has pushed a redesigned mobile web version of its Gmail service for the iOS, Android, BlackBerry and the Kindle Fire platforms. The refreshed look of the Gmail mobile web version also gets Gmail Offline to access emails even without Internet connectivity. Google shared this major change via its official Google+ account. 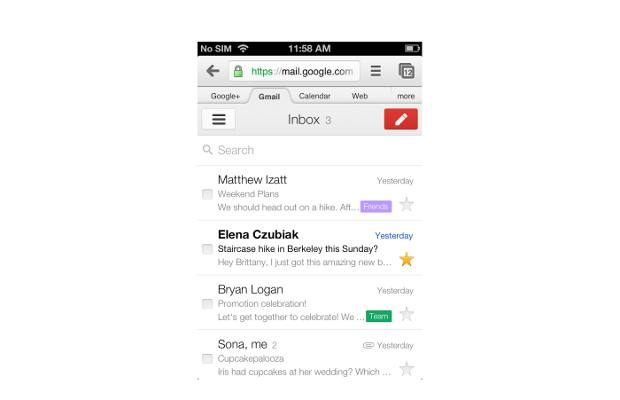 The Gmail for the mobile web version has been tweaked to appear like that of the iOS Safari browser. Also, it now comes integrated with the Google Calendar along with a new feature called Gmail Offline which would allow users to access the emails without any data connectivity. The Search has been improved for this interface.