Get Lava Agni 5G for free in exchange of Realme 8s: Here’s how

Lava Agni 5G can now be purchased for free in exchange of Realme 8s. The Lava 5G smartphone now also comes with a Widevine L1 support as well. 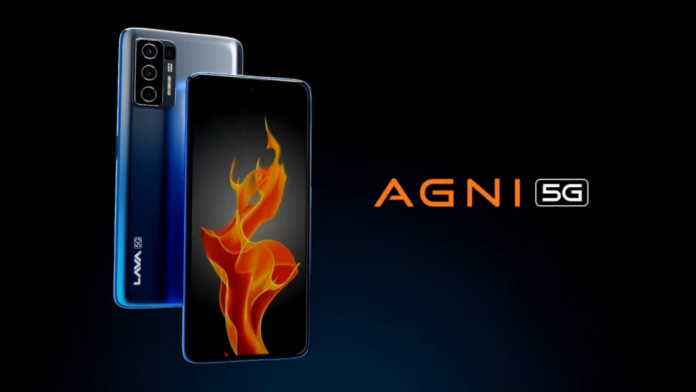 Lava has announced that you can now grab its Lava Agni 5G in exchange of the Realme 8s for free. The offer can be availed by both 6GB and 8GB variant users of the Realme 8s.

The exchange offer for Lava Agni 5G is currently available across the country from 3rd January till 7th January 2022. Users of the Realme 8s can fill out an online form at Lava’s e- store and get a new AGNI 5G phone in exchange. AGNI Mitra which is the company’s customer service executive will personally assist for the exchange process.

It is powered by the Dimensity 810 chipset which is coupled with Mali-G57 GPU. The phone has 8GB RAM and 128GB of internal storage. Further, the storage is expandable up to 256GB via a dedicated microSD card slot.

The phone comes equipped with a quad-camera setup. It comprises of a 64-megapixel primary sensor, a 5-megapixel wide-angle sensor, a 2-megapixel macro sensor and a 2-megapixel depth sensor. In addition, there’s a 16MP front-facing camera for selfies with an f/2.0 lens. The phone packs a 5000mAh battery that has 30W fast charging support.