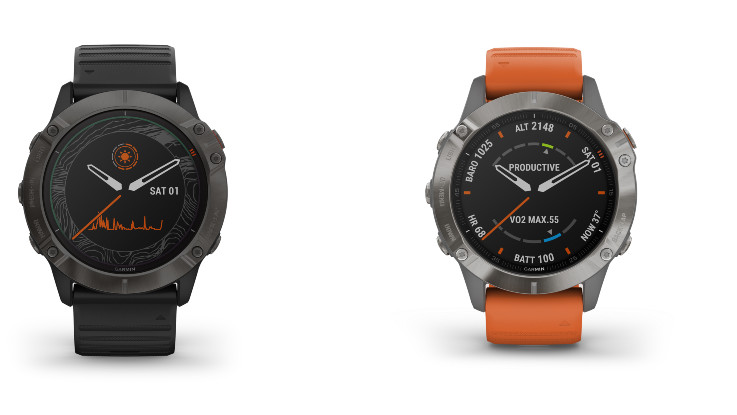 The Garmin Fenix 6 series will be available on online platforms including Amazon.in, Flipkart, Paytmmall and Tata CLiQ.

Garmin India has today announced the launch of new Fenix 6 series of multisport GPS watch in India. The series comes with a starting price of Rs 79,990 and it comes with features like Pace Pro feature, music and solar charging lens.

The Garmin Fenix 6 series will be available on online platforms including Amazon.in, Flipkart, Paytmmall and Tata CLiQ. The products will also be available through offline stores.The company has introduced Fenix 6s for Rs 79,990, Fenix 6 for Rs 79,990, Fenix 6X for Rs 84,990 and Fenix 6X Pro for Rs 94,990. The major highlight of the new series is the Fenix 6X Pro Solar that comes with a new Power Glass, which is basically a transparent solar charging lens that can be used for charging.

The company has introduced Sapphire editions of the smartwatch that comes with a scratch-resistant sapphire lens. All the models are loaded with new PacePro feature, which basically keeps a runner’s pacing strategy on track with grade-adjusted guidance as they run a course.

One can create plans directly from the smartwatches or through Garmin Connect and Garmin Connect Mobile applications, which is available on both Google Play Store and iOS. Furthermore, one can see the target split pace, the actual split pace, distance to the next split, and how much time they are ahead/behind on their target, right on the watch face.

The series is also loaded with TopoActive Europe maps for outdoor adventures, ski maps for over 2,000 ski resorts worldwide, and 41,000 golf courses. It also features on-device music storage of up to 2,000 songs.

It comes with a new Power Manager allows the user to see and control how various settings and sensors impact battery life. With this, users can adjust their battery saving modes by disabling certain features to extend battery life. The Fēnix 6 series includes the ClimbPro feature, that allows trail runners and cyclists who like to train in hilly areas, gain better awareness of their environment and their performance during climbs.