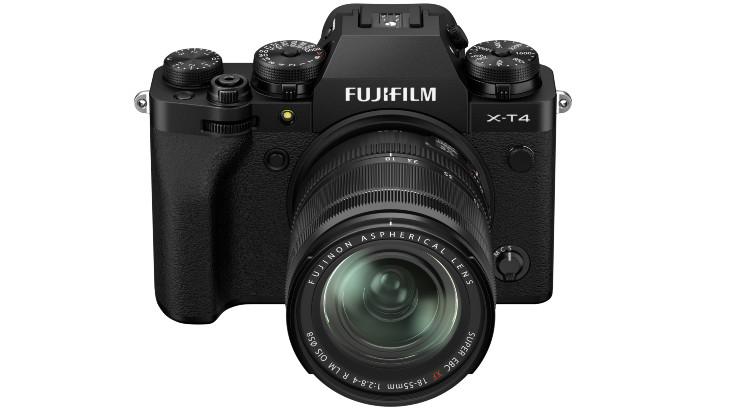 Fujifilm has today announced the launch of its new mirrorless camera in its flagship X-series. The company has introduced Fujifilm X-T4 mirror camera with in-body image stabilisation and more in the country.

The camera comes with a price tag of Rs 1,54,999 for the body only, while the company is offering the camera bundled with Fujinon XF18-55mm F2.8-4 kit lens for Rs 1,84,999 and Fujinon XF16-80mm F4 R OIS WR lens bundle for Rs 1,99,999. The company is also offering V90 64GB UHS-II memory card and BC-W235 dual battery charger for free with the latest camera. Customers can pre-book the camera by paying a token amount of Rs 5,000. The X-T4 will be available for purchase from both online and offline stores in the first week of June and it is available in Black and Silver colour options.

The Fujifilm X-T4 camera is loaded with a 26.1-megapixel BSI X-Trans CMOS 4 sensor along with X-Processor 4 image processor that the company claims deliver some good results. The camera comes with a newly-developed focal-plane shutter that enables burst-shooting at 15fps. The camera comes with a five-axis IBIS mechanism that gives up to 6.5-stop advantage. The IBIS uses gyro sensors that can detect camera shakes at accuracy 8 times greater than before and a shock-absorbing structure effectively controls minor shakes when the shutter button is pressed.

The X-T4 features ETERNA Bleach Bypass mode, a new addition to the Film Simulation function, which provides versatile colour tones. The Auto White Balance function now comes with White Priority mode that reproduces natural white even under incandescent light, and Ambience Priority mode which provides a warmer tone. The X-T4 can record video at 4K/60P 4:2:0 10bit on an SD card inserted in the camera. Video output to external storage media via the HDMI port is at 4K/60P 4:2:2 10bit, which records more colour information. The X-T4 is capable of recording high-speed Full-HD video at 240P, producing up to 10x slow-motion effect.