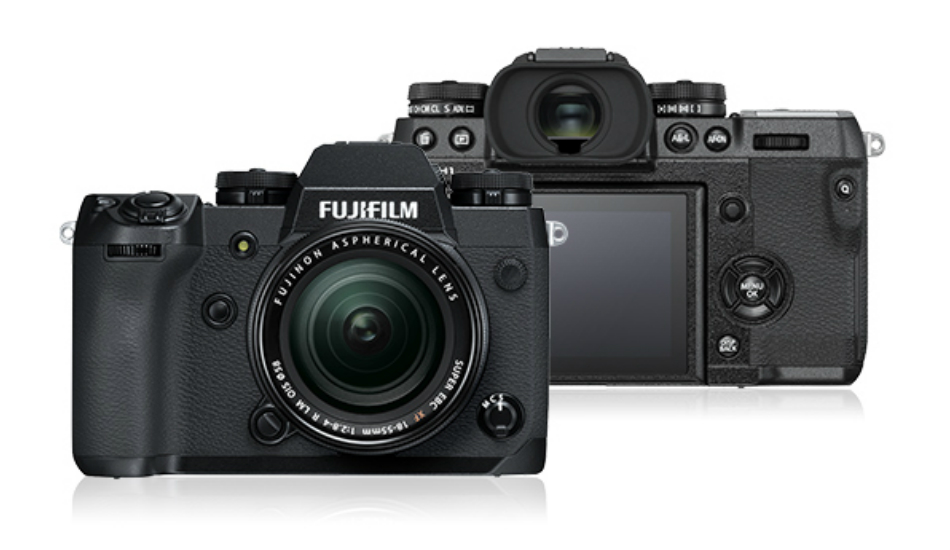 Fujifilm has today announced the launch of its latest high-performance mirrorless digital camera in India. Dubbed as Fujifilm X-H1, the camera is priced at Rs 149,999 for Body Only and Rs 172,999 for body and battery grip.

The major highlight of the mirrorless camera is the 5-axis in-body image stabilization (IBIS), which includes three axial accelerometers, three axial Gyro sensors, and a specially developed dual-processor. The camera gives up to a maximum of 5.5 stops image stabilization as well. Further, the camera has flicker reduction mode allowing for stable exposure during burst shots even under fluorescent and mercury lighting. The low-light limit for phase detection autofocus has been improved by approximately 1.5 stops from 0.5EV to -1.0EV, raising the precision and speed of autofocus in low-light environments.

The grip has different controls include the shutter-release button, focus lever, AE-L button, AF-ON button, command dial, Q button, and Fn button, providing the same easy operation when using the camera in both the vertical and horizontal positions. The VPB-XH1 is equipped with a headphone socket, allowing the operator to monitor sound while recording video. The viewfinder

The camera has an ISO range from ISO100 to ISO51200. It supports continuous shooting mode up to 14 fps with the electronic shutter and up to 8fps with mechanical shutter. The X-H1 is the first camera in the X Series to include ETERNA, a new film simulation ideal for shooting movies. This modebasically simulates cinematic film, creating understated colours and rich shadow tones. The camera’s video image quality has been improved through the new ability to record a high bit rate of 200 Mbps.

The device has a 0.5 inch approx. 3.69 million dots OLED Color Viewfinder and it has 3.0-inch touchscreen colour LCD monitor with approx. 1.04 million dots resolution. Then there is a 1.28 inch sub-LCD on the top of the camera that allows for instant confirmation of shooting information.

The camera is dust and water resistant. It has the ability to operate in temperatures down to -10°C. This is because the camera uses a 25 percent thicker magnesium alloy compared to the X-T2. The camera is also compatible with a range of other interchangeable lenses which are scheduled for release later this year. These include theMKX18-55mmT2.9andMKX50-135mmT2.9professional cinema lenses incorporating the X mount which are scheduled for release in May 2018.