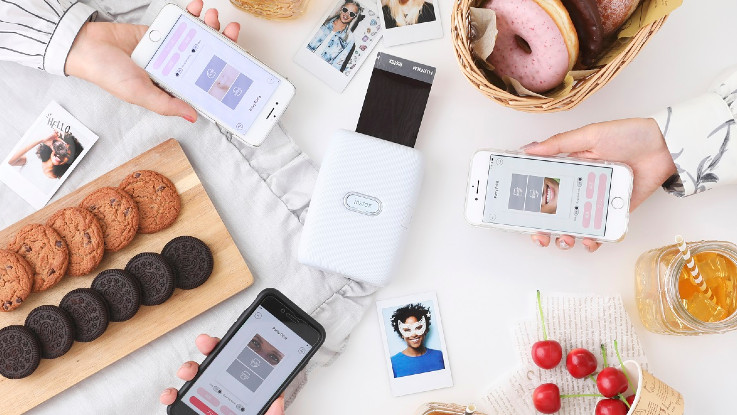 Dubbed as Fujifilm Instax mini Link, the printer comes with a price tag of Rs 9999 and it will be available for purchase from Amazon and Flipkart along with leading retail stores in India.

Fujifilm has today announced the launch of a new smartphone printer in India. Dubbed as Fujifilm Instax mini Link, the printer comes with a price tag of Rs 9999 and it will be available for purchase from Amazon and Flipkart along with leading retail stores in India.

The fun pocket-sized photo printer, prints credit card sized photos straight from your phone camera or photo library in just a few seconds. Users can choose the image on the smartphone and simply print it through a dedicated app using Bluetooth.

It also comes with “Video Print” for printing an exact moment in a video. The “Match Test” function tests compatibility with a friend or someone special, and the test result appears along with the picture on the Instax print. Then there is “Party Print” function, which produces single print from multiple pictures sent from smartphones by up to five people. The printer is available in Dusky Pink, Ash White and Dark Denim colour options.

The company has revealed that users can use the printer’s dedicated app for taking pictures and one can use it as a remote control. One can zoom in by facing down the side of the power button at the centre, zoom up by facing up, and release the shutter by pressing the power button. Taking a photo with a large group of people is easy with the Link, as it can be used as a remote-controller for your smartphone’s camera. You can print multiple copies of a picture by holding the Link with the printout end pointing down and press the button at the center.