Foursquare to become easier to use than ever

The Foursquare functionality of checking into different locations has been incorporated into their products by other companies, but the company has weathered it by ensuring users get a better experience in the physical world.

Foursquare, a company that makes geolocation based app, plans to simplify user experience in their app and plans to make it work more in the background when users are doing other things on their smartphones.

The days might soon be over when users had to deliberately launch the Foursquare app and check in to different locations manually, whenever they walked into, say, a restaurant or any other place.

The Foursquare functionality of checking into different locations has been incorporated into their products by Google, Facebook and Groupon as well, but the company has weathered it by making sure users get a better experience in the physical world. 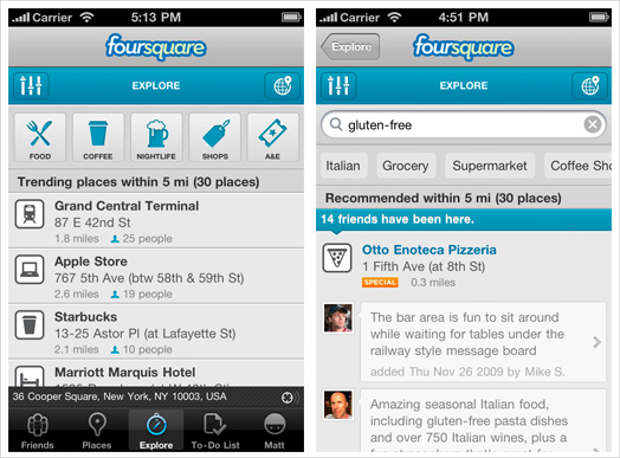 The app now has about 10 million users worldwide who have checked into the app more than one billion times by now. The Merchant Platform of the app has seen about half a million businesses signing up with a view to promote their businesses and interaction with their customers.

The Foursquare founder Dennis Crowley was quoted by VentureBeat as saying, “We want to build tools that change the way all the people in this room experience the real world”. 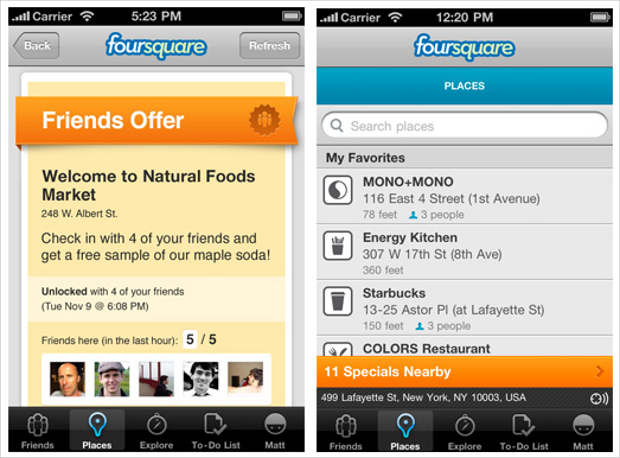 Currently, the Foursquare app leads the category of location-based services despite its attempts to change the shape of its initial offering. In the meantime the company has survived the attacks from Facebook Places, Gowalla and Google Latitude. Dennis Crowley believes the new features in the app such as Foursquare Radar and Foursquare Explorer are likely to seen improved user adoption than ever.

The Foursquare founder agrees users have to think before they start using the app, and that it doesn’t come naturally to most. But using Foursquare in iOS 5 would be much easier due to better integration of the app with the new version of Apple’s operating system, where using the app does not mean launching it separately.