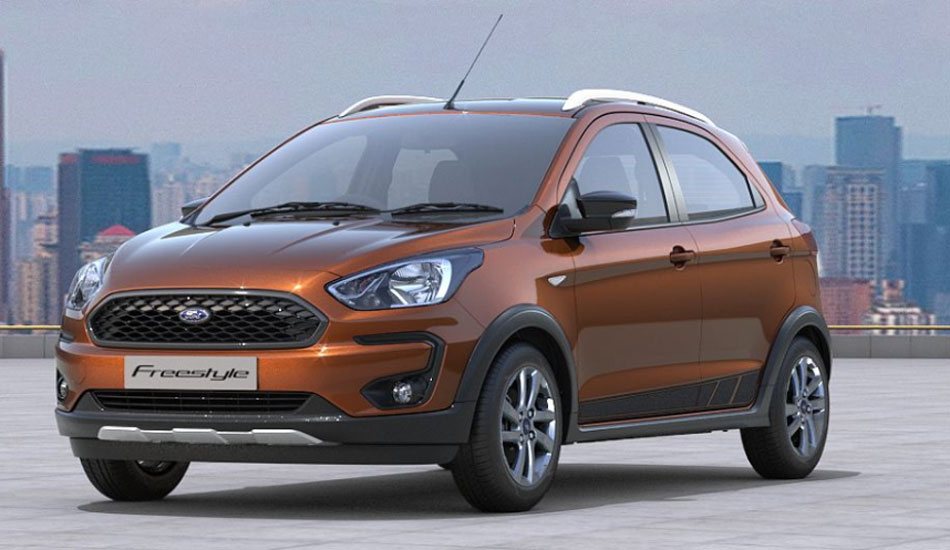 It comes in both petrol and diesel variants. Plus both the versions have four versions each: Ambiente MT, Trend MT, Titanium MT and Titanium+ MT.

Ford India has started accepting bookings for its upcoming hatch-back, named as Freestyle.

You can book the car either through Ford dealers or online through Amazon. On Amazon, 100 units will be available for booking from April 14 2 PM onwards. You have to pay Rs 10,000 on Amazon to book it.

The 5-seater Freestyle comes with Ford’s signature trapezoidal grille, in an aggressive all-black honeycomb design and sweeping straight lines moving from front to the rear, that give it a robust, muscular, SUV-like looks.

It comes in both petrol and diesel variants. Plus both the versions have four versions each: Ambiente MT, Trend MT, Titanium MT and Titanium+ MT.

For safety, Ford is offering six airbags in the Freestyle. The hatchback has the Sync 3 infotainment system that comes with 6.5 inch touchscreen and allows connecting the smartphone.