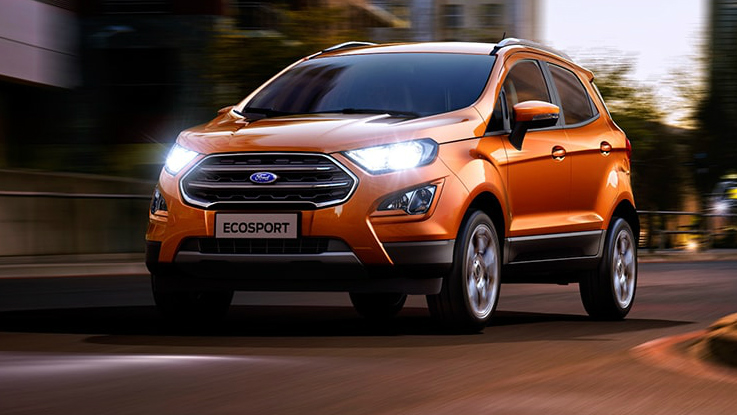 The latest variant comes in petrol option and it is priced at Rs 10.47 lakh (ex-showroom pan-India).

Ford has added a new member to its compact SUV EcoSport lineup with the launch of a new top-of-the-line model, the Titanium+ in India. The latest variant comes in petrol option and it is priced at Rs 10.47 lakh (ex-showroom pan-India).

The new Ford EcoSport Titanium+ petrol variant is powered by Ford’s latest three-cylinder, 1.5-lire, Ti-VCT petrol engine that comes loaded with the five-speed manual transmission. The new engine gives 123bhp of peak power and 150Nm of peak torque. The company claims that new engine offer 7 percent reduction in COZ emissions and has a better fuel efficiency with an average of 17 kilometres per litre.

The car also comes loaded with bigger 17-inch alloy wheels, which offer better road grip and for security, it comes with six-airbags for an all-around safety of the occupants. Earlier, the top-end petrol variant was recently offered only with asix-speed automatic transmission.

“Since the new Ford EcoSport was introduced, our customers have been demanding a top-of-the-line Titanium+ petrol manual variant, offering enhanced safety with six airbags. In our commitment to meet customer demands, we are pleased to introduce this variant and offer a greater choice to our customers,” Rahul Gautam, Vice President Marketing, Ford India said.

Previously, the brand also introduced a new compact utility vehicle in India, dubbed as Ford Freestyle. The cross-hatch is powered by a 1.2-litre, 3-cylinder petrol engine which generates 96 PS of power with 120Nm of maximum torque, while the Dieselvariant packs 1.5-litre diesel engine at 100PS of power and 215Nm of a peak torque, which is operated by a 5-speed manual transmission. it runs on 185/60 R15 tyres and features four twin-spoke alloys with a darker finish.