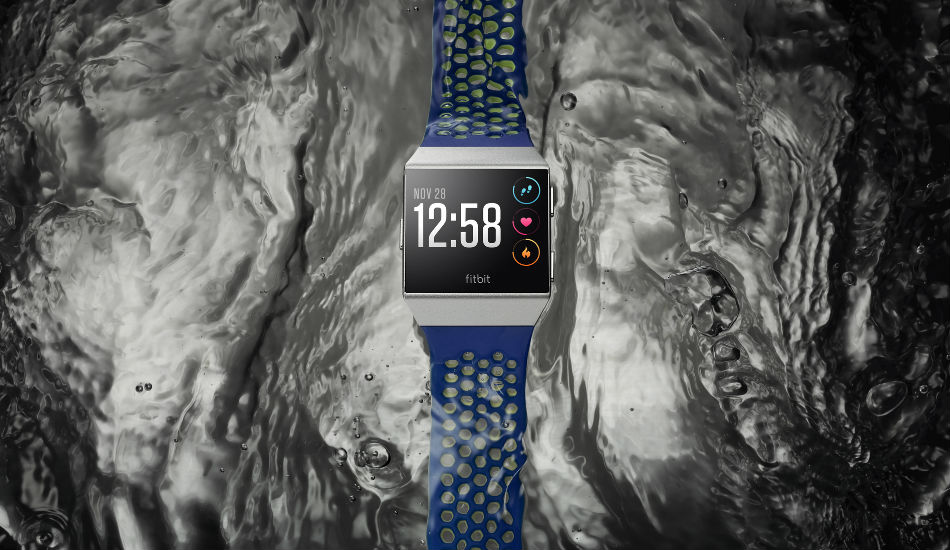 Fitbit has announced its first smartwatch, which comes equipped with a SpO2 sensor, GPS, swim tracking and more. The smartwatch comes with price tag of $299.95 (approx. Rs 19,188) and it will be will be available in stores worldwide beginning October 2017, including major North American retailers Amazon, Best Buy, Dick’s Sporting Goods, Kohl’s, Macy’s, REI, Target and Verizon.

The smartwatch comes loaded with a host of interesting features. To start with, it comes with on-device workouts that adapt based on the feedback you provide on your wrist. The watch also supports GPS tracking and one can see real-time pace and distance, auto-pause to grab some water and automatically resume when you start running. The smartwatch is water resistance up to 50 metres and comes loaded with swim tracking which includes lap counting, exercise duration and calories burned for pool swims.

The smartwatch also shows smartphone notifications and one can receive calls, text and calendar alerts, as well as notifications from apps on his/her smartphone like Facebook, Gmail, Instagram, Slack, Snapchat and more. The company claims that the Ionic smartwatch comes with a 4+ day battery life on a single charge. The watch features a 1.42-inch touchscreen colour LCD display, which has up to 1000 nits of brightness.

The brand says that its latest smartwatch runs on custom OS known Fitbit OS. The user interface comes loaded a Fitbit app gallery, where one can select the apps and watch faces. The gallery offers a range of health and fitness apps from Fitbit like Exercise, Fitbit Coach, Relax, Timer and more. It also features a host of third-party applications like Pandora, Starbucks Coffee Company, Strava and AccuWeather.