FAU-G's new team deathmatch mode has been released by nCore Games for a limited number of beta testers. 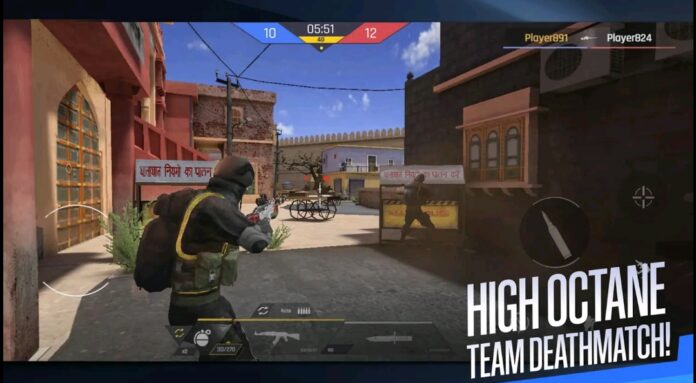 FAU-G, the Indian alternative to games like Battlegrounds Mobile India or Call Of Duty Mobile, launched a few months ago with a single campaign mode that allowed players to follow a storyline. Now, the game developers are finally releasing the promised FAU-G Team Deathmatch Mode that will allow for versatile gameplay.

The announcement was made through the nCore Games official Twitter account. The Team Deathmatch Mode (TDM) beta version is now available for download, but only limited slots are available. Unfortunately, this means only a select number of players will get access to the new TDM mode.

The beta release for FAU-G TDM mode comes as a separate app from nCore Games. Therefore, it is not included in the FAU-G game itself that was released earlier this year. The size of the new FAU-G: Multiplayer stands at 292 MB.

With the new TDM mode, you will team up with either random online players or your friends. You will then battle with other players in a 5v5 battle.

There’s a new TDM Map called ‘The Bazaar’ where the fight will take place. The mode also gets you new weapons and guns that are being introduced. There haven’t been any guns in the game since the original FAU-G focused more on hand-to-hand combat.

As per the description on the Google Play Store listing of the new TDM mode, the map has “ample cover and vantage points to take that defining shot and cement your victory”. Interestingly, the release of the FAU-G team deathmatch mode comes shortly after the Battlegrounds Mobile India early access version was released to the public in India.

With the launch of the new TDM mode, FAU-G might have a chance to compete with Battlegrounds Mobile India. Secondly, FAU-G wasn’t received well by the gamers in India. It was followed by some criticism regarding the repetitive gameplay and a lack of features that we noticed with our review of the game. Even when writing this article, the rating for the original FAU-G game stands at 2.1 stars based on 690k reviews, which is fairly low.