Social network giant Facebook has once again borrowed a crucial feature of one of its rivals. This time, the Mark Zuckerberg company has borrowed the soul of Tinder – a popular dating app.

Chief Executive Mark Zuckerberg said on Tuesday that the feature will soon come to Facebook. Speaking at Facebook’s annual F8 conference he said: “There are 200 million people on Facebook that list themselves as single, so clearly there’s something to do here.”

“People will be able to create a dating profile that is separate from their Facebook profile — and potential matches will be recommended based on dating preferences, things in common, and mutual friends. They’ll have the option to discover others with similar interests through their Groups or Events. However, what people do within the dating feature will not be shown to their friends. We’ll share more information when this begins testing later this year,” Facebook said in a blog post. 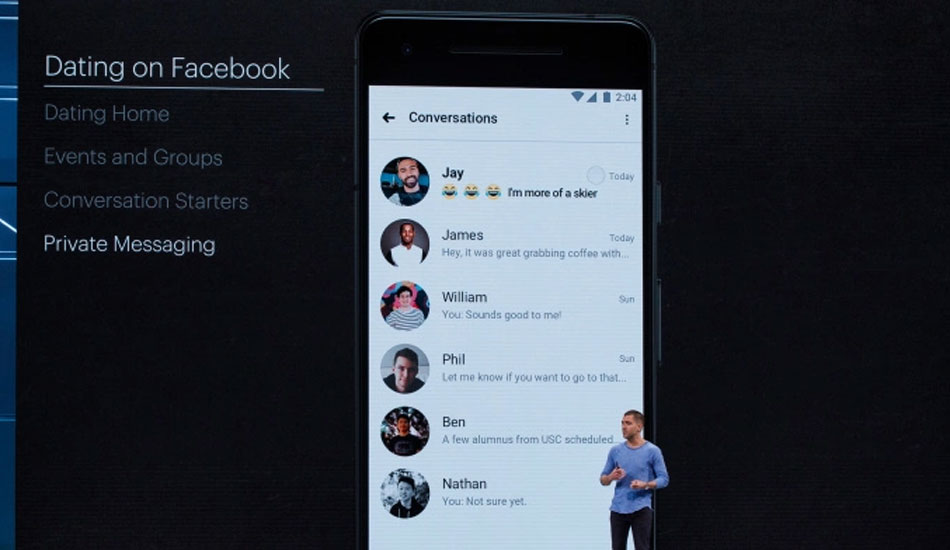 However, the company did not say when this new feature will be added to Facebook.

Facebook will also add a Clear Browsing History feature to the app.

“This feature will enable you to see the websites and apps that send us information when you use them, delete this information from your account, and turn off our ability to store it associated with your account going forward,” the company said in a separate blog post.

Facebook has been under lens recently after revelations about it selling user data to Cambridge Analytica.

Facebook is also tweaking the story telling mode. “People already share their interests on our platforms, and now we’re making that experience faster, easier and more creative on Stories,” Facebook said in the blog post.