Facebook, the social media giant has been around for quite some time and has still managed to survive while branching out into other platforms like Instagram, WhatsApp and Messenger. Facebook started off as a website-based platform only but soon got its own application on different platforms like IOS and Android. While the app remains the most popular medium of usage, the website is still the preferred medium of access on computers. The apps have received numerous UI changes over the years while the website has been stuck with the same old boring design but, that changes today.

Facebook has finally started rolling out an update for a redesigned desktop look. The new UI also includes a dark mode.

To activate the dark mode, visit the website and in the settings tab, you will see “See New Facebook” icon. Click that and then you will be asked to choose between a light mode and a dark mode. Now your page will be shifted to a redesigned dark Facebook page. If you want to go back to the old design, go to settings and hit “switch to Classic Facebook” this will take you back to the older Facebook page. You can also toggle between the dark and the light mode from the drop-down of the redesigned page. 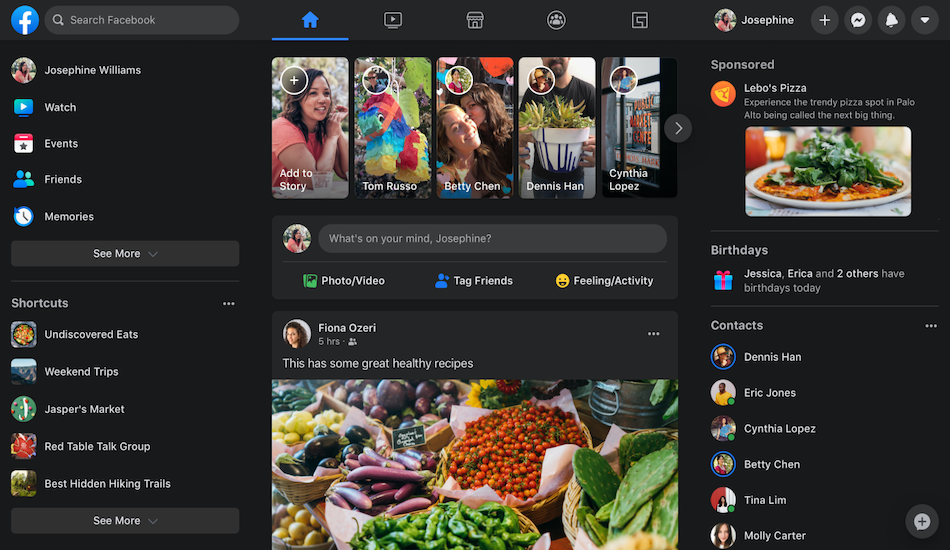 The desktop redesign is cleaner with rounded icons and a more modern look. Navigation Is easier and more streamlined. The home page transition also loads more quickly.  Larger fonts and more sensible layouts make getting around easier on the eyes. The redesign has also made it faster to create Events, Pages, Groups and ads. You’ll actually be able to see a preview of what these things look like on mobile before you share them.

If you do not see these changes, check back after a few weeks as Facebook is still in the process of rolling out. The new design is not forced upon the users yet but will become default later this year

iQOO Neo 5 Vitality Edition to be announced on May 24

Google News Showcase starts rolling out in India with 30 publishers