Facebook has updated its Messenger app which is now getting end-to-end encrypted voice and video calls. 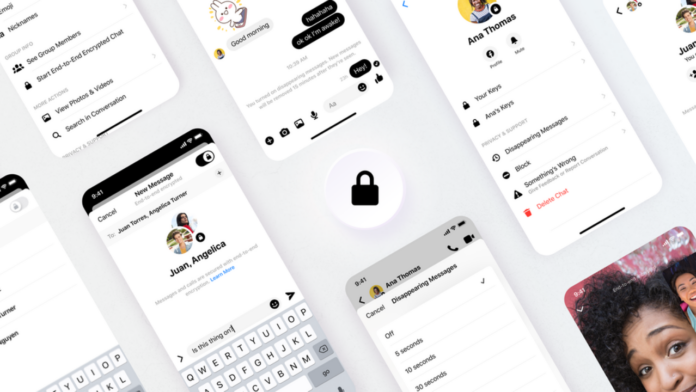 Facebook is now rolling out a new option to make voice and video calls end-to-end encrypted on Messenger. Along with that, it is rolling out updated controls for disappearing messages. End-to-end encryption is already widely used by apps like WhatsApp to keep personal conversations safe from hackers and criminals.

The content of your messages and calls in an end-to-end encrypted conversation is protected from the service itself, as well as other third-party services. This means that nobody else, including Facebook, can see or listen to what’s sent or said. One can report an end-to-end encrypted message to Facebook if they feel something’s wrong.

Facebook has also updated the expiring message feature within its end-to-end encrypted chats. People don’t always want or need their messages to stick around. The timer controls let someone decide when their messages expire in the chat. Facebook has now updated this setting to provide more options for people in the chat to choose the amount of time before all new messages disappear. The options range from as few as 5 seconds to as long as 24 hours.

Facebook also revealed a couple of features it will start testing in the upcoming weeks. It said it will begin testing end-to-end encryption for group chats, including voice and video calls, for friends and family that already have an existing chat thread or are already connected.

It will also begin a test for your delivery controls to work with its end-to-end encrypted chats. That way, one can prevent unwanted interactions by deciding who can reach their chats list. They can also decide who goes to their requests folder, and who can’t message them at all.

Facebook will also kick off a limited test with adults in certain countries that lets them opt-in to end-to-end encrypted messages and calls for one-on-one conversations on Instagram. One will need to have an existing chat or be following each other to start an end-to-end encrypted DM.