Facebook is adding third-party authentication to simplify logging in

Users will no longer need to disclose their contact numbers to the social networking site to authenticate for additional security. This will come as an additional option to the already existing two-factor verification set up on its platform and will act as an extra layer of protection against cyber attacks.

A week after it announced axing 583 million fake accounts on its platform, Facebook is now adding support for third-party authentication apps to smoothen the process of logging in to the social media website. The move comes as an update to the industry-standard two-step verification which no longer needs you to disclose personal contact numbers to Facebook for additional security.

With the latest redesign, Facebook makes the two-step authentication much easier by making use of third-party authentication apps like Duo Security and Google Authenticator which are available in both mobile and desktop environments. For those of you who aren’t accustomed to it, two-factor authentication is a security feature that adds a layer of defence while logging on to a website, in case your credentials have been hacked.

While SMS was one way of getting things done, it was by far the least secure way to verify a login since it’s highly possible and easy for hackers to get control of a SIM. This is where the idea of hardware authentication or third-party apps comes along, thus streamlining the process of 2FA. 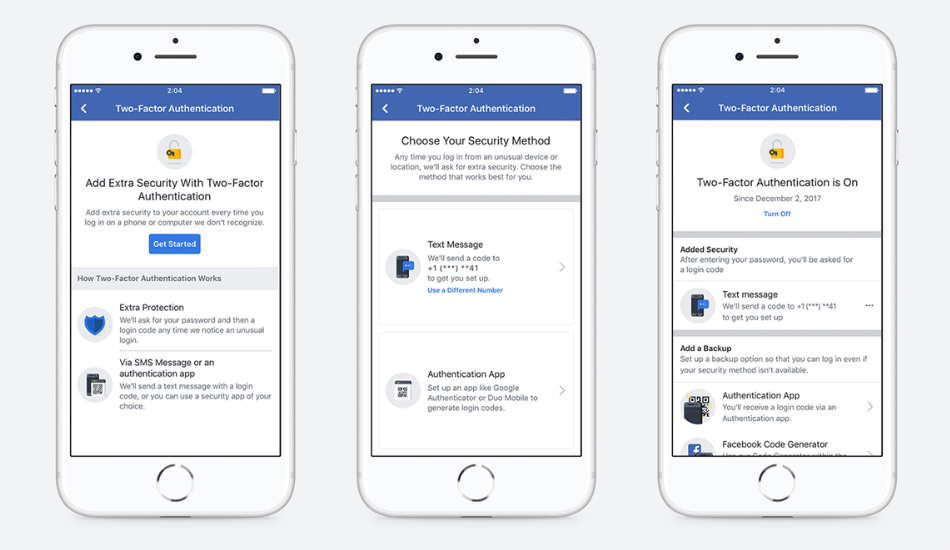 The news comes months after Facebook received complaints about users being spammed with messages from Facebook on their phone numbers, to which the company’s CSO Alex Stamos apologized. The latest update not only prevents that from happening but also forbids Facebook from having your phone number in the first place.

Facebook’s redesigned two-factor authentication can be found under “Security and Login” tab inside the Facebook Settings.