Facebook has started testing the dark mode for its application publicly. The rollout has started in a phased manner.

Facebook is now bringing the much awaited dark mode for its iOS and Android app. The dark mode announcement was made in collaboration with reverse engineering expert Jane Manchun Wong, who said that the feature is being publicly tested.

While its releasing in a phased manner, the dark mode on the app is widely available for the iOS users. We were also able to enable the same on our end in an iPhone SE. 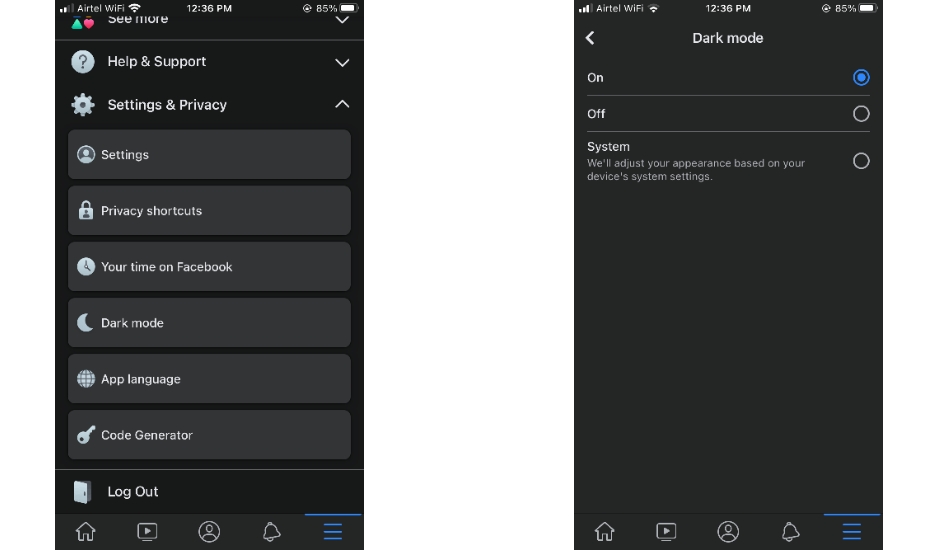 You can check if the dark mode option has been made available for you by heading in to the settings, then clicking on settings and privacy. If the option is present, you will be able to see it as 'Dark Mode'.

The setting can be enabled with 3 modes. You can select 'Light', 'Dark' or system default in which when you change the system theme in settings, the Facebook app theme will change accordingly.

Facebook is the last social media app to bring the dark mode for its application. Instagram and WhatsApp, owned by Facebook, got the dark mode long back. The desktop and lite apps for Facebook already support Dark mode since a few months now.

The rollout should still take some time to reach more people globally. iOS users seem to be the first ones to get the feature, followed by Android soon after.

Karwa Chauth 2020: Make the best use of Technology