Exclusive: Oppo A9 (2020) launching in India tomorrow, to go on sale on September 16 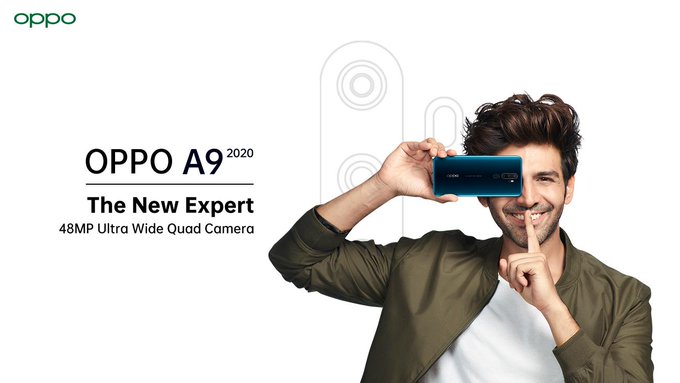 Sources close to the development told The Mobile Indian that the smartphone will be launched tomorrow in the country.

Oppo is all set to launch the latest smartphone, the Oppo A9 2020 in India on September 11. Sources close to the development told The Mobile Indian that the smartphone will be launched tomorrow in the country.

Oppo has also teased some key features of the Oppo A9 (2020). As per the teasers, the smartphone will be backed by 8GB of RAM and 128GB of internal storage. The phone will come with an ultra-wide lens along with Ultra Night Mode and Video stability, meaning that it might support electronic image stabilization (EIS).

The phone has been leaked numerous times, giving us some expected design and specifications. To recollect some key specs, the smartphone is said to feature 6.5-inch HD+ display along with 480 nits brightness. The phone is powered by a Qualcomm Snapdragon 665 processor along with Adreno 610 GPU.

On the camera front, it will be equipped with a quad-camera setup, which will come with a combination of 48-megapixel primary lens with f/1.8 aperture, EIS, an 8-megapixel wide-angle lens with f/2.25 aperture, a 2-megapixel depth sensor with f/2.4 aperture and a 2-megapixel macro lens. For the front, the company has added a 16-megapixel shooter for selfies and video calling.

The Oppo A9 (2020) will run on ColorOS 6.0, which is based on Android 9.0 Pie and it will be backed by a 5,000mAh battery with fast charging support and new power share feature to charge other devices. The phone features a physical fingerprint sensor at the back panel. On the connectivity front, it will support dual 4G VoLTE, WiFi 802.11 ac, Bluetooth 5, GPS/ GLONASS/ Beidou, dual-SIM and micro USB port.

Recently, Oppo A9 (2020) was spotted on the officialOppo Vietnam Facebook page with few key specifications and company has also started teasing the Oppo A9 2020 smartphone in Malaysia, Thailand, Indonesia and Pakistan as well.