Sony has unveiled its next-generation controller which will tag along with the upcoming PS5. The new controller is called DualSense and is a major offset from the previous DualShock Controllers.

The new controller features an all-new design with for the first time a dual-tone colour scheme. The D-pad, symbol buttons and the Joysticks are more or less in the same position as previous controllers. The top half features the touchpad along with two light strips on either side. The controller for the first time has built-in microphones and a Type-C charging port. The controller no longer has a “share” but now has a new “create button” and according to the company’s blog“With Create, we’re once again pioneering new ways for players to create epic gameplay content to share with the world, or just to enjoy for themselves. We’ll have more details on this feature as we get closer to launch.” 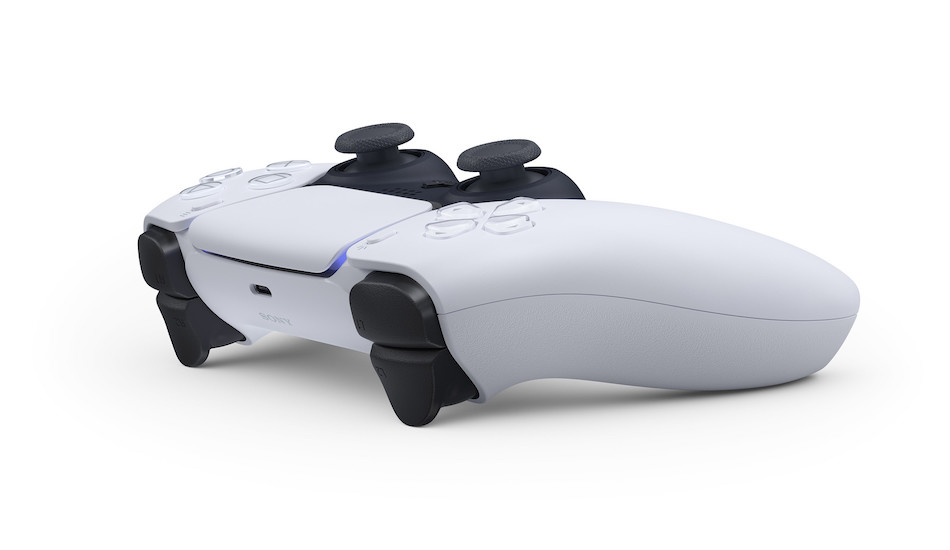 The “DualSense” aspect of the controller is its new haptics and adaptive triggers.The new controller has ditched the “Rumble” physical feedback system and has adopted a more precise “haptic” based feedback system. It brings in a new dimension of immersion and sensation and according to the company it “adds a variety of powerful sensations you’ll feel when you play, such as the slow grittiness of driving a car through the mud.” The adaptive triggers adjust their tension based on the game and according to the company “you can truly feel the tension of your actions, like when drawing a bow to shoot an arrow.”

The overall ergonomic has also changed a bit with a better grip design, new hand trigger angle all while maintaining a strong battery life while lessening the weight. The controller according to Sony “Went through several concepts and hundreds of mockups over the last few years before we settled on this final design. DualSense has been tested by a wide range of gamers with a variety of hand sizes, in order for us to achieve the comfort level we wanted, with great ergonomics. Our goal with DualSense is to give gamers the feeling of being transported into the game world as soon as they open the box. We want gamers to feel like the controller is an extension of themselves when they’re playing – so much so that they forget that it’s even in their hands!”

The actual performance of the DualSense controller can only be tested after the launch of the PS5 which is scheduled for later this year.