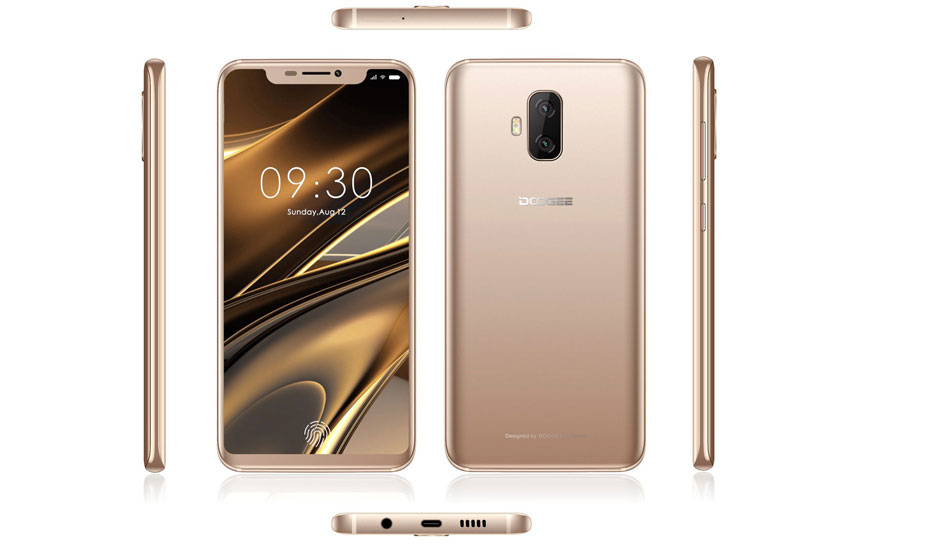 Chinese mobile phone manufacturer, Doogee has revealed its latest phone called Doogee V. The company has posted a video online which revealed its design and some of its features. A picture of the phone was also tweeted by Evan Blass, though the phone is not officially launched till now.

As per the picture and video, the Doogee V has an on-screen fingerprint sensor – making it the first phone in the world to have one. Till now phones have fingerprint sensor either below the front screen or on the back of the phone.

Another notable feature of the phone is its iPhone X like design.

There are two cameras in its back along with dual LED set up.

There is a USB type C port in the phone as well. Ofcourse it is amply clear that the phone has a metal body.

It is set to be unveiled during the CES 2018 this year.