Dizo, Realme's first TechLife brand has launched two new feature phones in India. These include the Dizo Star 500 and the Star 300. 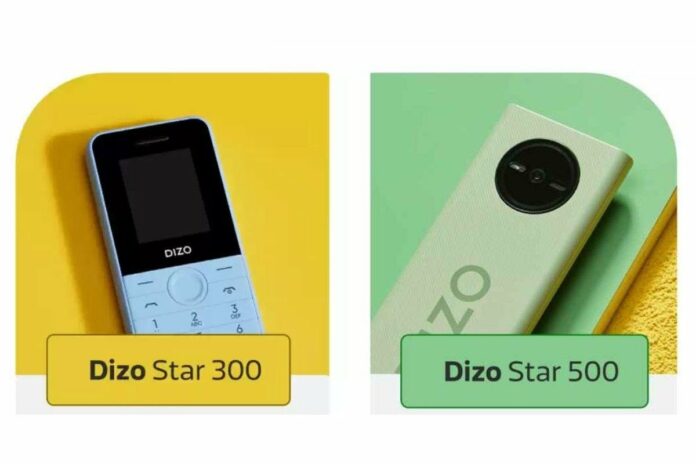 Realme’s Dizo brand is launching its second set of products in India. The Dizo Star 500 and the Star 300 are two new feature phones from the company. The company made a debut in India last week with the launch of audio products.

The Star 300 has a rectangular camera array while the Star 500 has a circular one. These arrays have a single 0.3-megapixel sensor along with an LED flash. Both the phones have 2G dual-SIM support. You get 32MB of RAM and can expand the 32MB of storage up to 64GB via a microSD card on both of them. There’s also a 3.5mm audio jack, and a micro-USB port for charging.

The Star 500 gets support for Indian languages such as Hindi, Gujarati, Tamil, Telegu, and Kannada. English is supported as well. The Star 300 gets support for a few more languages including Bengali and Punjabi. Additional features include Bluetooth, alarm, calendar, sound recorder, a file manager, FM radio, and a music player.