Did Google fake its Duplex demonstration on stage?

Was Google’s Duplex idea too good to be true or do you think Google might have staged the call to leave you to hope for the future? Google certainly needs to come clean about their Duplex demonstration in a period where a story that’s not completely transparent is termed as fake news.

When CEO Sundar Pichai showcased a jaw-dropping demo of Google Duplex at the I/O developer conference earlier this month, the crowd roared at the impressive progress that Google had made towards artificial intelligence. For those who didn’t know the technology would allow your Google Assistant to make an appointment at your hair salon or your favourite restaurant on your behalf. Not an online booking but a real-time phone call where the Assistant is able to make an entire phone call on its own.

Yet there were some critics who believed that Google hadn’t gotten their facts right and that the demonstration was either edited or faked as a whole. But only Axios came out to question whether Google was being completely truthful about its Google I/O event, even when Pichai had insisted the pre-recorded calls were, in fact, real calls saying “What you’re going to hear is the Google Assistant actually calling a real salon to schedule an appointment for you”. 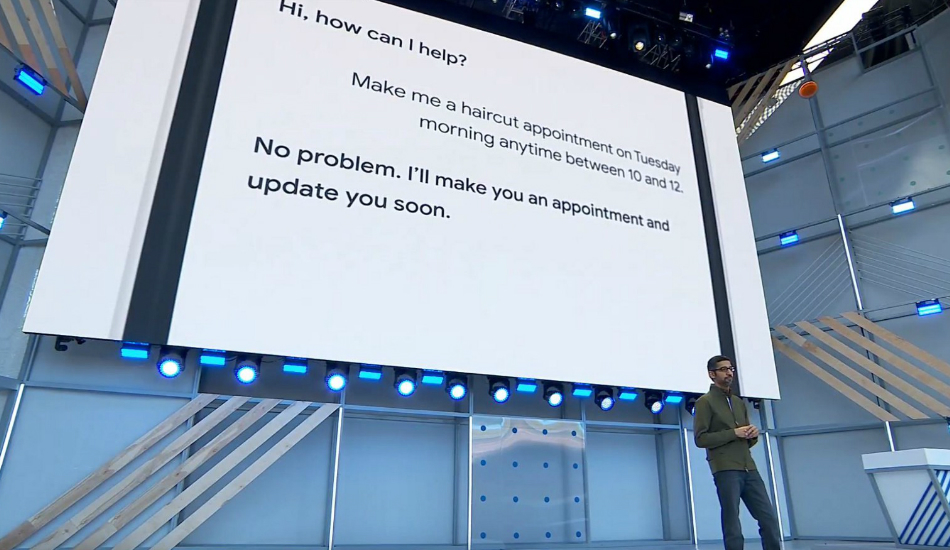 Axios News pointed out the fact that many businesses around the world are trained to introduce themselves when answering a call. A restaurant or a salon, no matter how small the business will pick up the call and tell you who they are before you make an order or a reservation. In the two calls that were demonstrated at the Google event, that didn’t happen. While the call to the restaurant yielded in the staff saying “Hi, may I help you?”, the one made for a hair salon appointment was answered with “Hello, how can I help you?”

Not only did that not happen, but there was no background noise that you’d be hearing when you’re in a restaurant or a salon like the sound of plates clinking, hair dryers running or scissors snipping. The “real” calls made to the salon and the restaurant were devoid of any ambient noise as such. 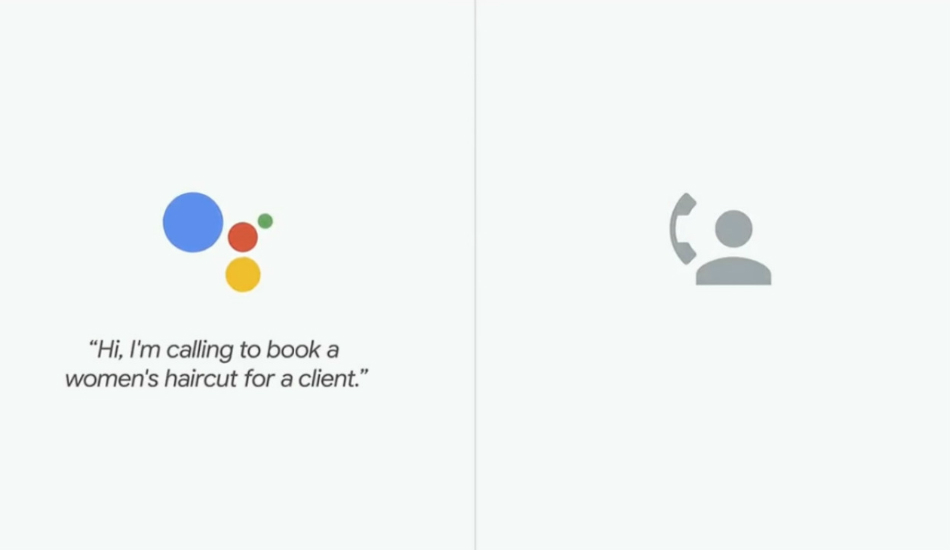 To top it all off, neither of the two businesses asked the Google AI for its contact number.

When Axios asked if the calls and businesses in question were indeed real, Google denied saying it wouldn’t disclose that information for the sake of protecting their businesses. On asking to verify if calls were actually made to either business, Google declined to comment, again and never got back.

This brings us to the question, what should we make of it? For starters, there’s a possibility that what we heard during the event could have simply been edited for legit reasons. They might have either done that to not reveal the identity of the businesses they called to or for the sake of saving time during a demo.

One other thing is the fact that an on-stage demonstration from tech companies are always oversold to a point where things are too good to be true. The demo is given a nudge and fudge to make smoother and timely transitions so it’s well received by the crowd in real-time during a presentation.

Though we understand that it’s all about selling the product and making an impression, Google certainly needs to come clean about their Duplex demonstration in a period where a story that’s not completelytransparent is termed as fake news.