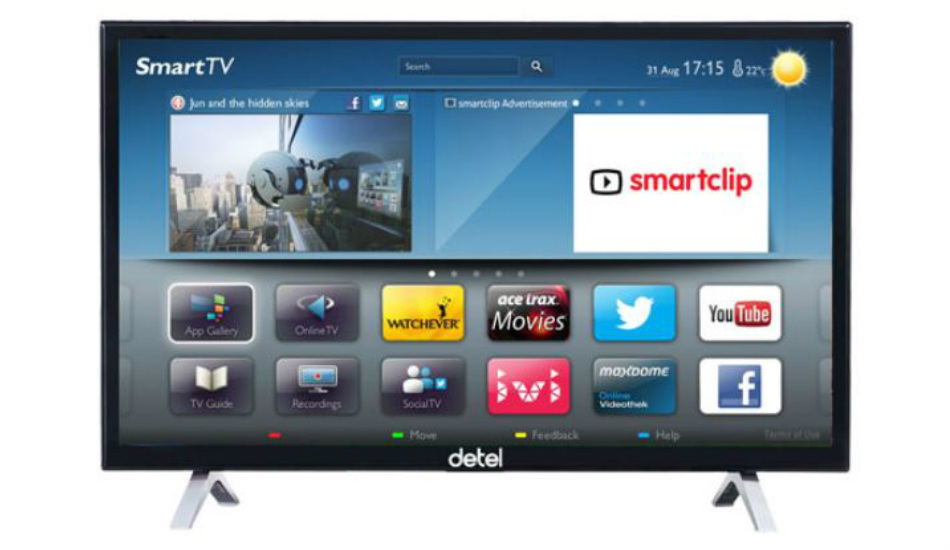 The television comes with a price tag of Rs 17,99 and it will be available on B2BAdda.com.

Detel Mobile and Accessories, a homegrown electronics brand, had announced the launch of economical 32-inch Smart LED TV in India. The television comes with a price tag of Rs 17,999 and it will be available on B2BAdda.com.

This is the same brand that recently introduced one of the cheapest feature phone known as Detel D1+ for Rs 399. The company has also launched two other LED televisions with 24-inch and 32-inch screen sizes at Rs 9,999 and Rs 13,999 respectively.

Coming to the Smart LED TV. It comes with a 32-inch display with a resolution of 1366 x 768 pixels. The brand has used Samsung A Grade Panel. The TV is backed by an 8GB of storage and 1GB of RAM. The Smart TV is based on Android operating system and comes with high definition multimedia interface.

Commenting on the launch, Yogesh Bhatia, Managing Director, S.G. Corporate Mobility says, “With the launch of the world’s most economical feature-phone, we had broken a barrier of access to communication for people at the bottom of the pyramid. Now with a strong vision of ‘Banega India Smart’ we are set to embark on a new journey with the launch of ‘India ka TV’. We want those digitally connected people to experience a new way of watching television and access internet on their TVs. We hope to reach to the remotest parts of the country with our affordable models and make difference to the lives of millions.”