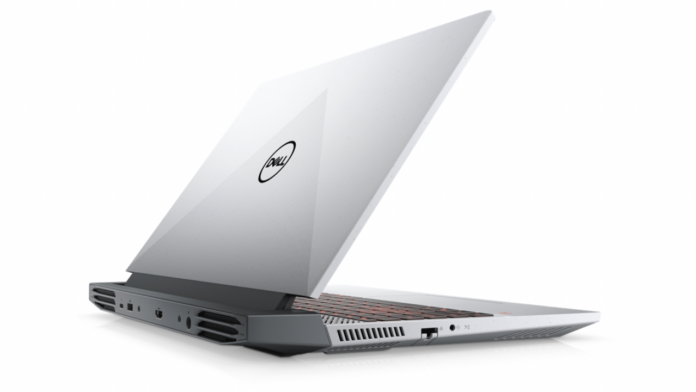 Dell has launched the G15 5525 Gaming laptop in India which comes packed with the AMD Ryzen 6000H series processor along with an Nvidia graphics processor. The laptop has been launched in five different configurations. It comes with various gaming-centric features such as the Game Shift function that enables users to trigger a dynamic performance mode.

The Dell G15 5525 starts at Rs 83,990 for the base variant with an AMD Rembrandt R5 SoC paired with 8GB of RAM. The variant with 16GB RAM comes at Rs 89,990 while the model with an AMD Rembrandt R7 SoC will cost customers Rs 1,02,990. The one with Nvidia RTX 3050 Ti GPU is priced at Rs 1,07,990 and finally, the Nvidia RTX 3060 6GB GDDR6 trim comes at a price of Rs 1,27,990. The laptops are available in Dark Shadow Grey and Phantom Grey with speckles colour shades. It is available for purchase on the company website, Dell Exclusive Stores, large format retailers, and multi-brand outlets.

The new G15 5525 laptop sports a 15.6-inch display with a full-HD resolution, 120Hz refresh rate, and 250 nits of brightness. The display specifications are identical across different configurations except for one variant. The base variant of the laptop draws power from an AMD Rembrandt R5 SoC with 8GB of RAM, 512GB CL35 M.2 Gen 4 SSD and Nvidia RTX 3050 4GB GDDR6 GPU.

The third model has similar specifications but is equipped with a different CPU which is an AMD Rembrandt R7. The variant gets the Nvidia RTX 3050 Ti GPU. Lastly, the fifth variant of the laptop is powered by an even more powerful processor paired with the Nvidia RTX 3060 6GB GDDR6 GPU. This one is also the model which has a display with a 165Hz refresh rate. Every model runs on Windows 11 OS.