Both the tablets come with similar specification except the difference in internal storage and display quality.

DataWind, the makers of Aakash tablet, has announced the launch of two new tablets â€“ Ubislate7+ and Ubislate7C. Both the tablets come with similar specification except the difference in internal storage capacity and display quality.

Ubislate 7+, which is an upgraded version of the Aakash tablet, is priced at Rs 2999 and comes with Android 2.3 Gingerbread operating system, Cortex A8 700 Mhz processor, 256 MB RAM, 3.5 mm jack for headset connection, and USB port. It has 2 GB of internal which is expandable to 32 GB via micro SD card. It has a 7 inch resistive touchscreen display and supports WiFi, GPRS, besides the SIM calling function.

The Ubislate7C, which was also launched along with the Ubislate7+, has also same specification as the other except that it has a capacitive touchscreen and 4GB of internal memory. Ubislate7C is priced at Rs 3,999. 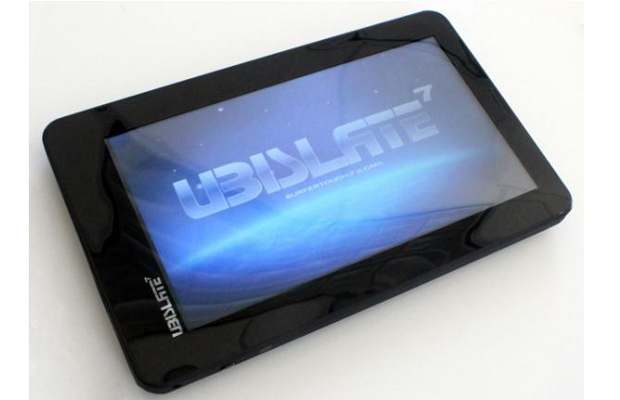 DataWind, which has faced much criticism for its earlier Aakash tablet which was slammed both for its poor quality and non-availability, has partnered with Yahoo and Getjar to provide applications on its newly launched tablets.

The tablets will come preloaded with Yahoo! Cricket along with the popular Yahoo! Mail app. The Yahoo! India Homepage will be the default browser on both Ubislate7+ and Ubislate7C.

DataWind has also partnered with famous third party app store Getjar, under which the later will provide apps to the UbiSlate tablet users. Notably, GetJar has a scheme called ‘Gold Application Program’ under which it provides some popular applications like Asphalt 6 Adrenaline of Gameloft for absolutely free to its users.

The UbiSlate7+ can be booked online from DataWind’s website (http://www.ubislate.com/) while UbiSlate7C will be available towards the end of May this year.

“Aakash and UbiSlate7 are names of the same product. Aakash is the name given to the product being supplied to the Government of India and it is procuring quantities to deliver to students across India at a subsidized price. UbiSlate7 is the name for the commercial version made available for all. UbiSlate7+ is the next generation of UbiSlate7/Aakash which comes with upgraded features,” DataWind has explained on its website.