DailyObjects has launched three wireless magnetic chargers in India, out of which one can charge upto three devices simultaneously. 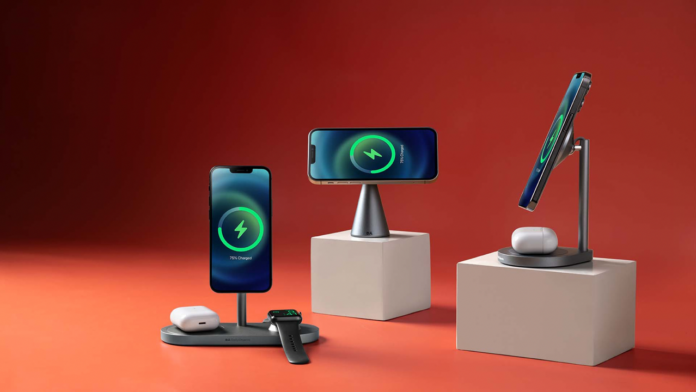 The SURGE Conoid Magnetic Charging Stand can fast charge only one Magnetic/Qi charging compatible device on a swivel magnetic ball head up to 15W. This one is priced at Rs 2,999. The company also notes that all three DailyObjects SURGE devices come with a USB Type-C cable and a metallic sticker ring to enhance magnetic alignment to non-MagSafe Qi compatible smartphones & accessories.

If you are not into wireless chargers and need a charger that can charge multiple devices at once, you can try the recently launched Anker Atom III. The Anker 65W Port Charger – Atom III is intended for superior mobility. The 0.7-inch design weighs about 5 oz which is roughly the same as a baseball. It provides 65W of power in a portable, space-saving form

The Powerport enables high-speed USB-C charging, which can charge USB-C laptops such as the Dell XPS 13 and the MacBook Air 2018 at full speed via a 45W USB-C port. Atom III can charge four gadgets at the same time. A Power IQ 3.0 equipped USB-C port provides a maximum 45W output to charge any USB-C device at peak speed. Three USB ports share a total of 20W to provide optimum charging for mobile devices.