It is a puzzle game where you cut the ropes in such a way that a candy hanging onto the ropes drops in mouth of a frog. 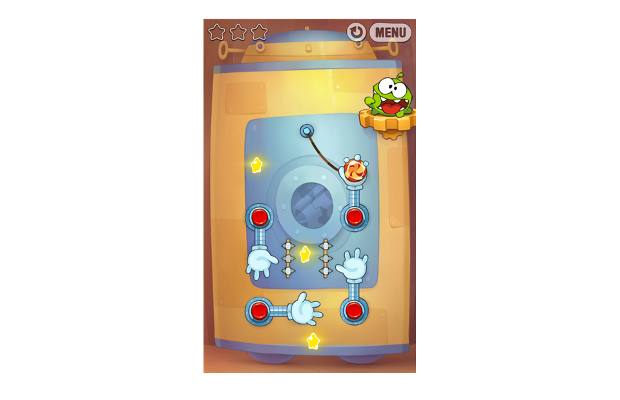 The game involves cutting the ropes in such a way that candy hanging through these ropes lands in the mouth of a frog like character, called Om Nom. However for Windows Phone 8 the game is slightly different. 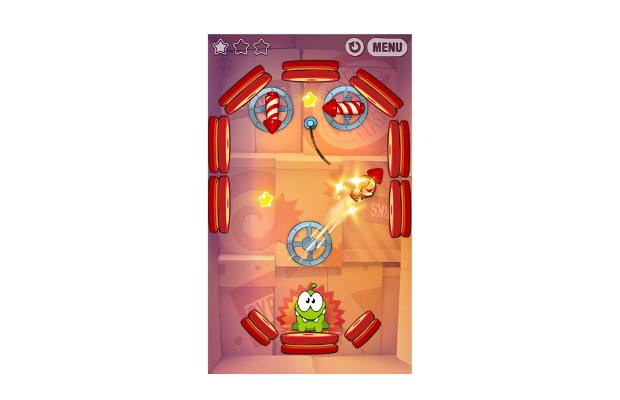 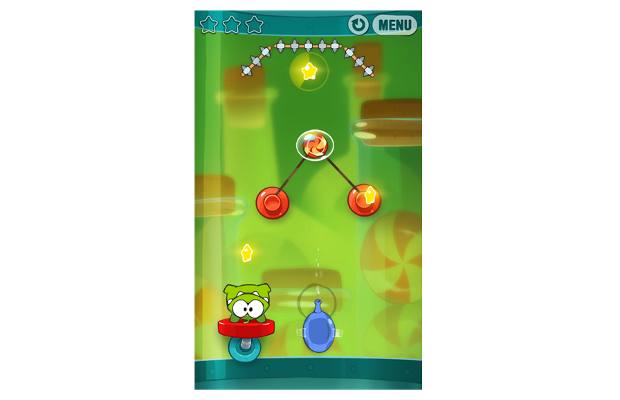 The description from the game says, “The little green monster Om Nom is back and hungrier than ever! Team up with the Professor, a mad (but not bad!) scientist determined to study Om Nom’s candy-loving behaviour through a series of experiments. Use suction cups and other funny devices to collect shiny gold stars, uncover hidden prizes and unlock new levels!” 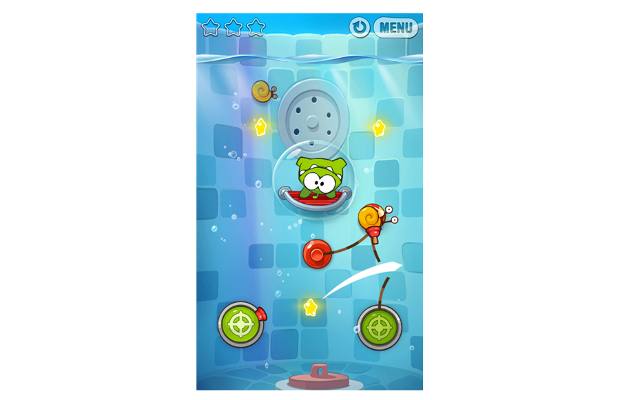