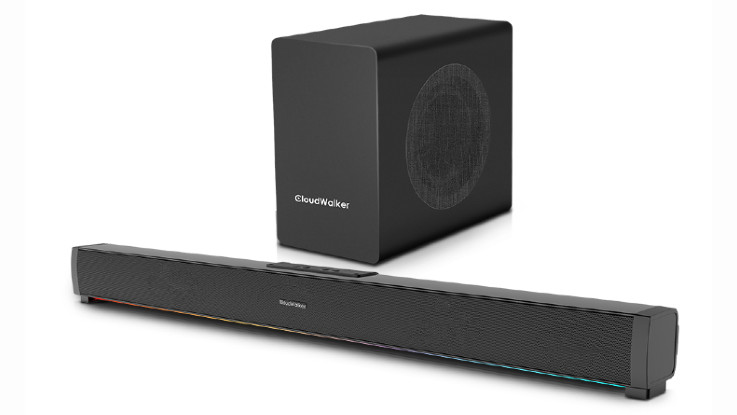 The company has introduced Burst I2000 for Rs 5,999 and Burst E300 for Rs 7,999 in the country. Both the soundbars will be available for purchase from Amazon India.

CloudWalker Streaming Technologies has today announced the launch of its two new soundbars in India with its ‘BURST TV Soundbars series. The company has introduced Burst I2000 for Rs 5,999 and Burst E300 for Rs 7,999 in the country. Both the soundbars will be available for purchase from Amazon India.

To start with Burst I2000, the soundbar comes loaded with a 2.1 channel 50W speaker with an in-built subwoofer. One can easily connect the soundbar to the Smart TV. It comes with Bluetooth 5.0 connectivity option through which one can connect the soundbar to play music directly from the smartphone. It also comes loaded with multiple connectivity options including Aux, Line IN & Optical port, to easily connect TV, set-top box, DVD, Blu-ray and MP3 players as well as other compatible devices.

It comes with the Party light mode with 11 different LED light effects. It is loaded with red, blue, green, yellow lights and plenty of alternate light effects. The Soundbar comes with Digital Signal Processing technology to let the users enjoy details of every sound in music and movies. It features 5 preset equalizers including Jazz, Pop, Classic, Flat and Rock.

Coming to Burst E3000, the model also features a 2.1 channel with an external subwoofer. The soundbar delivers 100W sound output. Apart from this, the rest of the specifications remain similar to the Burst I2000 model. Both the models come with the jet-black finish. Both the models can either be mounted on the wall or placed below the TV on table-top.