The CloudMe service offers 3 GB of free storage along with automatic sync between devices.

Cloud storage service provider CloudMe has announced the launch of the CloudMe application for Apple iPad users. With this application Apple iPad owners would be able to access CloudMe’s cloud service as well as all their files stored on CloudMe servers on the go.

CloudMe is cloud based storage quite similar to Dropbox and offers 3 GB of free storage space to users and allows users to purchase more space as well. CloudMe allows for automatic file synchronisation between devices and computer system including Windows, Linux and Mac as well.

CloudMe already has an application for Apple iPhone, Google Android as well as Microsoft Windows Mobile based devices and allows for file sync between devices as well. 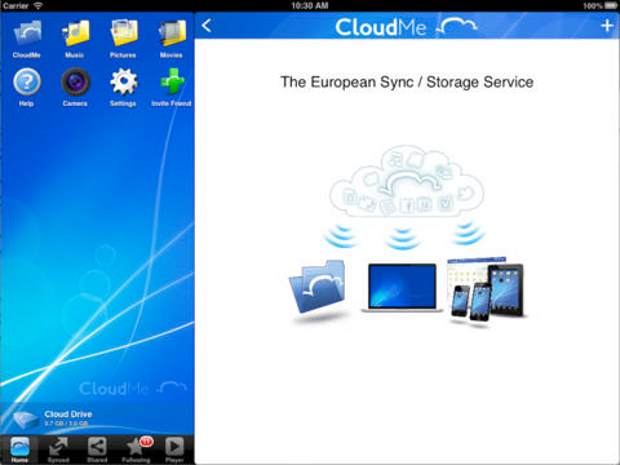 The Apple iPad application is a full featured application that allows users to access as well as create files on the CloudMe servers’ right from the device. Users can access their pictures and documents and can also listen to the music that they have stored on the cloud storage as well.

Also CloudMe is integrated with Apple Pages, Keynote and Numbers through its WebDAV (Web Drive) access so users can easily edit and save back your office documents directly to your CloudMe account and then view them again in the CloudMe iPad app.

The application is available free of cost for the users and can be downloaded on Apple iPads from the apple iTunes store.