The brand has introduced its first laptop that is powered by the latest Intel Core processors along with HP Envy x2, HP Pavilion Wave and more.

HP has announced a slew of products at the ongoing Consumer Electronics Show (CES) 2018. The brand has introduced its first laptop that is powered by the latest Intel Core processors along with HP Envy x2, HP Pavilion Wave and OMEN gaming display and more.

Starting with HP Spectre x360 15, it is the first laptop to feature Intel’s latest state-of-the-art 8th generation Core i7-8705G processor with Radeon RX Vega M graphics. There is another variant that features a quad-core 8th gen Intel Core processors along with Nvidia GeForce MX 150 graphics. The company says that the Core i7 variant gives up to 12 hours of battery life, while the latter gives up to 13.5 hours of battery backup. Both the variants support fast charging technology.

The laptop features a 15.6-inch 4K (UHD) display with a screen resolution of 3840 x 2160 pixels along with Corning Gorilla Glass protection. The laptop runs on the latest Windows 10 operating system and comes with security features including an IR camera with Windows Hello and a fingerprint scanner. The laptop will be available in the US starting from March at a starting a price of $1369.99 (approx. Rs 86,906). 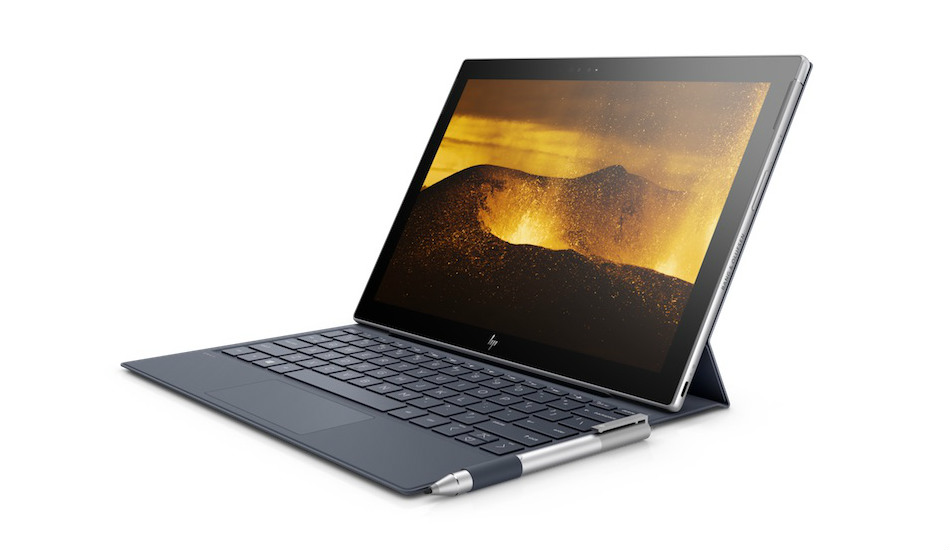 The HP Envy x2 is an always-connected PC and it comes with a fanless design. The device comes loaded with a 12.3-inch WUXGA+ display and it is powered by the 7th generation Intel CoreTN processor. The notebook is backed by a 256GB of PCIe SSD storage and 8GB of LPDDR3 RAM. The device runs on Windows 10 Home operating system and delivers battery backup of up to 15 hours.

Then there is an IR camera with Windows Hello support and it comes with 13-megapixel rear and 5-megapixel front-facing cameras. The Envy x2 features dual Bang and Olufsen speakers and it comes bundled with HP Digital Pen and keyboard. 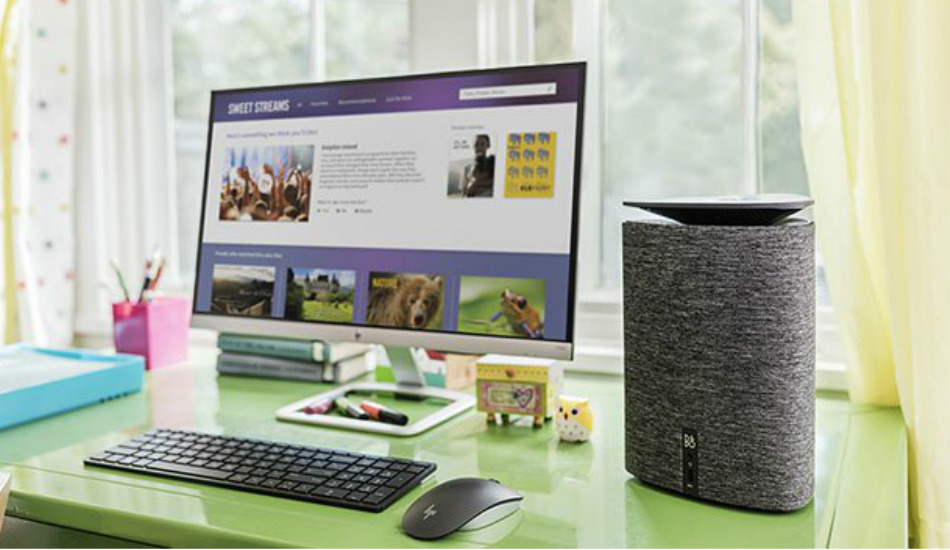 HP introduced its Pavilion Wave PC in September 2016 and now the company has announced that the latest device comes loaded with Amazon’s virtual assistant Alexa. This makes it the first PC that runs on Windows 10 and comes equipped with Alexa.

There is a colourful LED on the front of the Pavilion Wave that lets you know when Alexa is listening for a command. HP has also incorporated Intel Smart Sound Technology that allows for 360-degree reflective audio, which can capture the sound of user’s voice from any angle. The device will ship in Spring 2018 with a starting price of $549.99 (approx. Rs 34,888)